A Complicated World and Simple Love 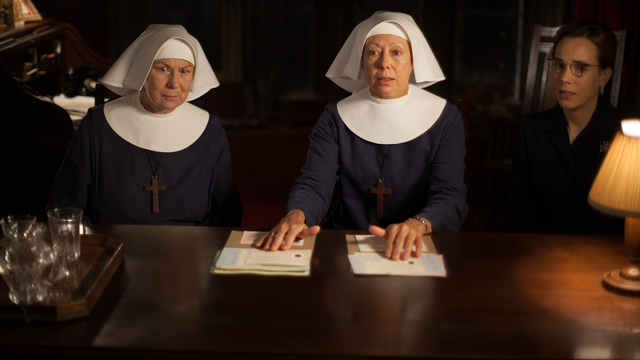 I am yearning for the good old days. You know the ones. The days when Jennifer Worth and company attended one mother in one house and there was no chance of babies getting muddled. Life is so much more complicated in the 1960s. As birth moved from home to the hospital, no doubt incidents like this episode’s dramatization did occur, prompting the beginnings of today’s newborn identification processes.

I have no experience with muddled babies. Today there are a myriad of precautions in place to identify and keep newborns in the hospital secure. There has been increasing attention by the public and hospitals to the dangers of all types of hospital errors. This again has prompted changes and improvements. The following was directly taken from Detroit’s Henry Ford Hospital website regarding the implementation of a culture of safety: “A non-punitive environment must be established before encouraging an increase in voluntary incident reporting. This can be accomplished by emphasizing that poor system designs are recognized as the cause of most errors.” Just what Sister Julianne and Shelagh Turner were talking about with Sister Evangelina. Complicated circumstances can sometimes trip up even the best-intentioned human.

Another thing that has always been complicated is love and relationships. During this episode we watched a little girl yearning for her missing mother and her father’s dilemma to protect her. We watched Patsy struggle with her forbidden relationship. Fred wrestled with his feelings of inadequacy with Violet. The two couples agonize over the bond they developed for babies not their own. But sometimes love is not so complicated but simple. The Nonnatus family simply supports when needed. Tommy and Gert are simply there for each other, always for as long as possible.

What does all this have to do specifically with midwives? Specifically, not much, but generally, as part of the medical care system quite a lot. We are part of a team. I count on those around me to speak up if they see something not right. And I am charged with speaking up in turn, if I see a potential mistake. We all look for better and safer ways. We look out for each other. No pointing fingers, just doing our job. That’s a culture of safety, a simple thing in a complicated world.