A Midwife in Every Spot 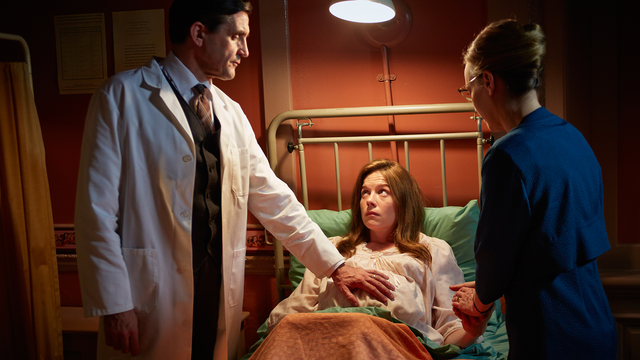 This first episode certainly scratched my CTM itch by featuring two births within the first several minutes, a third birth later on , plenty of heart wrenching drama, a pending health crisis, plus a proposal. Wow. Welcome back! If you are aware of this week’s headline in Detroit you will understand how poignant this episode was to our community. If you check out Katie’s post, I am sure you will learn what the Trixies in our community are doing to support families in an attempt to improve mother and infant health and prevent child abuse.

On a different subject: Did you catch Sister Evangelina’s comment after Trixie’s delivery in the car? She mumbled something about mismanagement, poor advice and (harrumph!) Hospital deliveries. Then she said, "We will see more and more of this unless we can persuade women they are better off at home.”

My midwife ears perked up at this comment. Times they were a changing. From this moment in time in 1960 until the 1970s the home birth rate in the UK dropped from about 35% to less than 1%. In the United States less than 1% of births were at home by the mid-1950s and this is pretty much where they have stayed on both sides of the Atlantic to this very day. Sorry Sister.

A discussion of the politics, economics and cultural aspects of why more than 99% of women have not been persuaded to birth at home would take a book, not just a post. But as a friend and fellow midwife said to me today. “I would just be happy if having a midwife became the standard for childbirth.” At this time midwives attend less than 8% of U.S. hospital births. No matter where a woman chooses to birth: home, birth center or hospital, modern midwives envision being the go-to standard provider for normal pregnancy and birth.

Despite her distain for hospital deliveries, Sister Evangelina seemed comfortable and in control at the hospital when she attended her patient as she gave birth prematurely, Dr. Turner backing her up. As Trixie scrambled into the backseat of a car to help her patient safely bring her baby into the world, she knew her job.and did it. About a dozen years ago when a baby girl couldn’t wait, I helped her mom birth her in the back of an ambulance on the way to hospital. Doesn’t matter where, a midwife is a midwife anywhere.