Tracing the Path of Brave Hearts 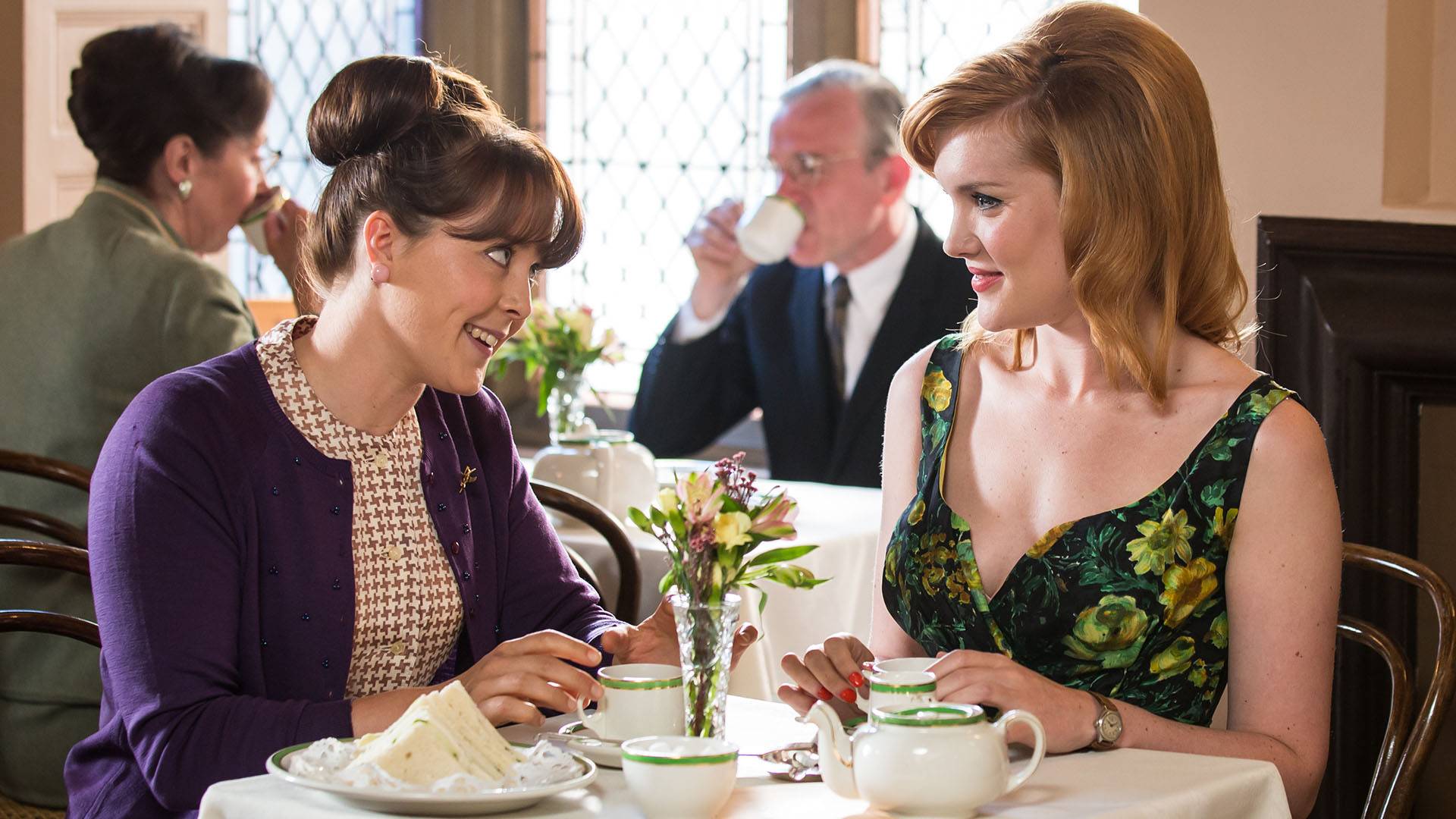 Patsy Mount and Delia Busby in a scene from Season 5.

Deborah McBain tells of a Modern Midwife colleague who's life's path showed her just how resilient, how bold and how brave hearts can be.

At the beginning of this episode the narrator declares that “our deepest desires are never simple but the peace we find when they are met dictates everything”. In the epilogue she proclaims, “ Sometimes the heart desires such simple things…” I take this to mean that while desires of the heart are simple things, achieving those desires are often not. My colleague Wendy, who’s basic simple desires were denied early by a chaotic childhood on the west coast with a single mother full of secrets. This led her to a chaotic early adulthood strewn with missteps as she tried to create a life with little experience of boundaries, support or models of healthy relationships. She suffered loss and heartbreak and eventually her path led her to the hills of Appalachia in Kentucky.

Initially she found a job as a home health care aide in Kentucky. Despite her disadvantaged youth, she was gifted with a bright mind and a brave heart and continued her education to nursing school. Her early years as a nurse in labor and delivery had her witnessing and participating in what was then routine care of women and is now considered barbaric. She began to feel complicit in the brutality. She saw midwifery as a way to redeem her self of that complicity. Nurse-midwifery was a way she could take control, making sure the care given was humane and appropriate. For her midwifery was more than a profession, it was a vocation; “a calling of the heart”.

She felt strongly that training more midwives, like expanding an army would strengthen the defense needed to fight the misogyny she had witnessed in women’s health care. Her career became devoted to educating other midwives. She taught at Booth Maternity Center in Philadelphia, Frontier Nursing Service in Kentucky, University of Mexico and finally within the Henry Ford Health System midwifery practice in Detroit. I had the honor of being one of her last students.

While in Kentucky and working for the Frontier Nursing Service, Wendy met Sarah, who was working in a public health clinic in the same locale. Before coming to nursing, Sarah spent 19 years in the religious community of IHM nuns. Her vocation of social justice, so well represented in the IHM community could not be reconciled with the Catholic Church’s subordinate role of women. Her life experiences found her questioning some other positions of the church as well and she felt she had out grown it. She decided she needed to seek another path, left religious life and midwifery found her.

When Sarah and Wendy’s relationship grew to be more than friendship they built a life together as couples do. By way of Kentucky and New Mexico their paths eventually brought them to Michigan and then placed them in the same midwifery practice. Wendy and Sarah agreed that they would treat each other as they would any of their other co-workers in the workplace. They did not want their relationship to affect their work. They did not hide their relationship but protected it and their professionalism.

Although they did not feel any discrimination within the midwifery practice, there was scattered discrimination among other hospital staff as some became aware of the relationship. One nurse told Wendy that knowing of Wendy and Sarah’s relationship “hurt her heart but she prayed on it and decided it was OK”. I suspect it was the respectful care and professionalism in which Wendy and Sarah conducted themselves that won this nurse over and helped her see past her prejudice. I worked with Wendy and Sarah for several years in the Henry Ford Hospital practice and was able to see the respect and professionalism first hand.

Like most gay couples and other minorities, they coped the best they could until they could discover a community where they could be themselves without fear of judgment. As they planned for their retirement, they made friends in nearby Canada. They found the Canadians they encountered friendly and generally more accepting. They found Canadian politics more in tune with their values, the economics favorable and a legal system also more accepting.

They applied for residency, retired from midwifery practice, bought a lovely home and have lived in Canada for several years now. Their lives are now filled with many friends, hobbies and travel. Fortunately, they live not too far away from the Detroit area, so visits back and forth are easy and regular. Just a few years ago, after over 30 years of partnership they were finally married in a lovely ceremony in London, Ontario. Call the Midwife series is not likely to take us that far into the future of Patsy and Delia’s relationship, so let’s be optimistic and imagine this as their happy ending.

And so the episode ends with the narrator finally saying,” The heart holds within it all that is most precious, all that we must protect. It is also more resilient, bolder and braver than we realize. If we wound it, it will heal and if it breaks it learns to beat again.” Sarah and Wendy, by sharing the stories of their life, their wounds and their triumphs have taught me as much about life and love as they have about midwifery. They have shown me just how resilient, how bold and how brave hearts can be.