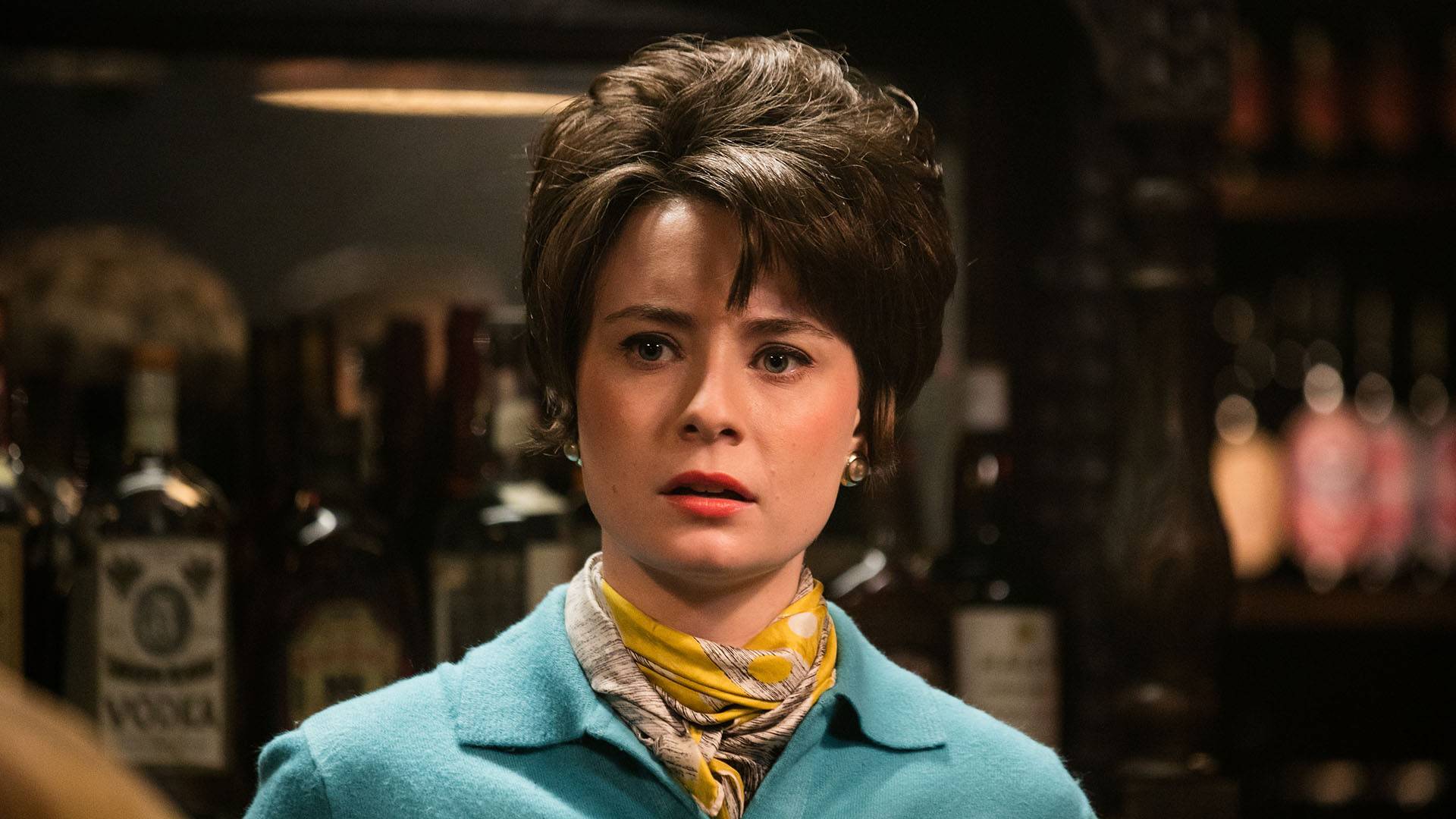 Catch up on Season 6, Episode 2 of Call the Midwife. Warning: spoilers ahead.

This week on Call the Midwife, tensions heighten as an accident in Poplar rocks the community and a new change at Nonnatus House threatens the midwives’ livelihood. Episode 2 is quite a doozy, but don’t worry, we’ve got the scoop for you.

Behold: The reign of Sister Ursula continues. A stickler for the rules, she’s made it clear that she is not at Nonnatus House to make friends. The wrath of Sister Ursula does not discriminate, and all should be wary in her presence. In Episode 1 she stole Sister Julienne’s job, and now she’s apprehended Sister Monica Joan’s candy stash. What will she take away next? Cake at supper? Now that’s scary.

While the rest of the crew confronts the difficulties of working with Sister Ursula, Patsy faces a larger problem calling her from across the globe. After receiving a letter from Hong Kong, she learns that her father is dying. Having lost both her mother and sister to typhoid when she lived abroad, Patsy puts off her travels home both to avoid leaving her beloved Delia and to ignore an inescapable future without her father.

3. Can Someone Help Patsy Out Though?

As if the week hadn’t been brutal enough, Patsy later meets with a new patient and mother-to-be who was born with achondroplasia. Achondroplasia, a form of dwarfism, can result in high-risk pregnancy, which has Patsy on edge. Though Penny Reed has already scheduled a cesarean for her delivery, Patsy worries about the outcome regardless and seeks console from Dr. Turner. She battles with her urge to lay down the cold, hard facts of life — that Penny or the child might die during childbirth — or to pretend that everything’s well and dandy to appease Penny’s wishes of staying positive and hopeful.

4. Because Things Can Always Get Worse in Poplar…

Down by the dockside, a massive explosion occurs within one of the wharf buildings where future father George Marsh is tirelessly working to support his growing family. On the same day that his wife Jessie has given birth to their newborn son, George is caught in the blast, which kills one of his friends and injures many others. Luckily, a former military nurse, Valerie Dyer, and Shelagh are in the area to tend to the injured (because morning sickness be damned!), but without fresh water or the necessary medical supplies, they are unable to save docker Arthur. Additionally, the blast sends George to the hospital with life-threatening injuries before he can even see his newborn.

5. When Does Ursula Get Voted Out of the House?

Back at Nonnatus House, mealtime conversation gets awkward when Sister Ursula’s praise of the group’s commitment to their patients turns into a backhanded compliment. But did we expect any less? Though she initially commends the women for doing more for their patients than what’s required of them, she criticizes the midwives for “encouraging dependencies.” Because of this, she announces that they can no longer accept patient calls without an appointment, and that there will be “professional consequences” should any of the midwives disobey her. You can always count on Ursula to bring down a party.

6. Sister Monica Joan Has Patsy’s Back

Later that night, after snooping through the trash (as one does), Sister Monica Joan discovers Patsy’s letter from Hong Kong. Noticing Patsy’s distress, she decides to intervene. When Patsy admits that she doesn’t know how to handle loss despite being good at everything else in her life, Sister Monica Joan serves up some wisdom about ~life~ and encourages her to return home.

7. Think About Your Family, George

As George recovers in the hospital, Jessie visits him with their new baby, Bobby. Believing their son’s presence would give him hope, Jessie is stunned by George’s cold reaction to them. Ugh, it’s not like he lost his eyesight or anything. So naturally, she reminds him that the accident affects the entire family and that she fell in love with him for more than his appearance. You know, ‘til death do us part and all that. Before she leaves, she drops a line straight out of a Nicholas Sparks novel (ALL THE FEELS) to make him think long and hard about his attitude. After some reflection and a bit of encouragement, however, George slowly comes to terms with his future and even agrees to go to court. There he helps Shelagh convince the Coroner that fresh water, a register of men and protective eyewear should be implemented at the dock should another accident occur.

Whether it was sticking it to the man or a moment of reflection on the sage advice of Sister Monica Joan, Patsy finally found the strength within her to return home. And with this newfound outlook on life, she passes on her courage to the Reed family. Though Penny delivered a healthy baby without complication, she discovers that her daughter was not born with dwarfism. Because of this, she worries about raising a child that might one day outgrow her. Enter Patsy with encouraging words.

After a tough farewell, Patsy finally bids adieu to Nonnatus House to visit her ailing father. Though their secret relationship prevents Patsy and Delia from having a proper goodbye, Patsy manages to spit out the L-bomb without anyone noticing. Here come the waterworks!

The cast and crew discuss what changes 1962 brings to Call the Midwife.

Shelagh works part time at the Mother and Baby Clinic and is married to Dr. Turner.