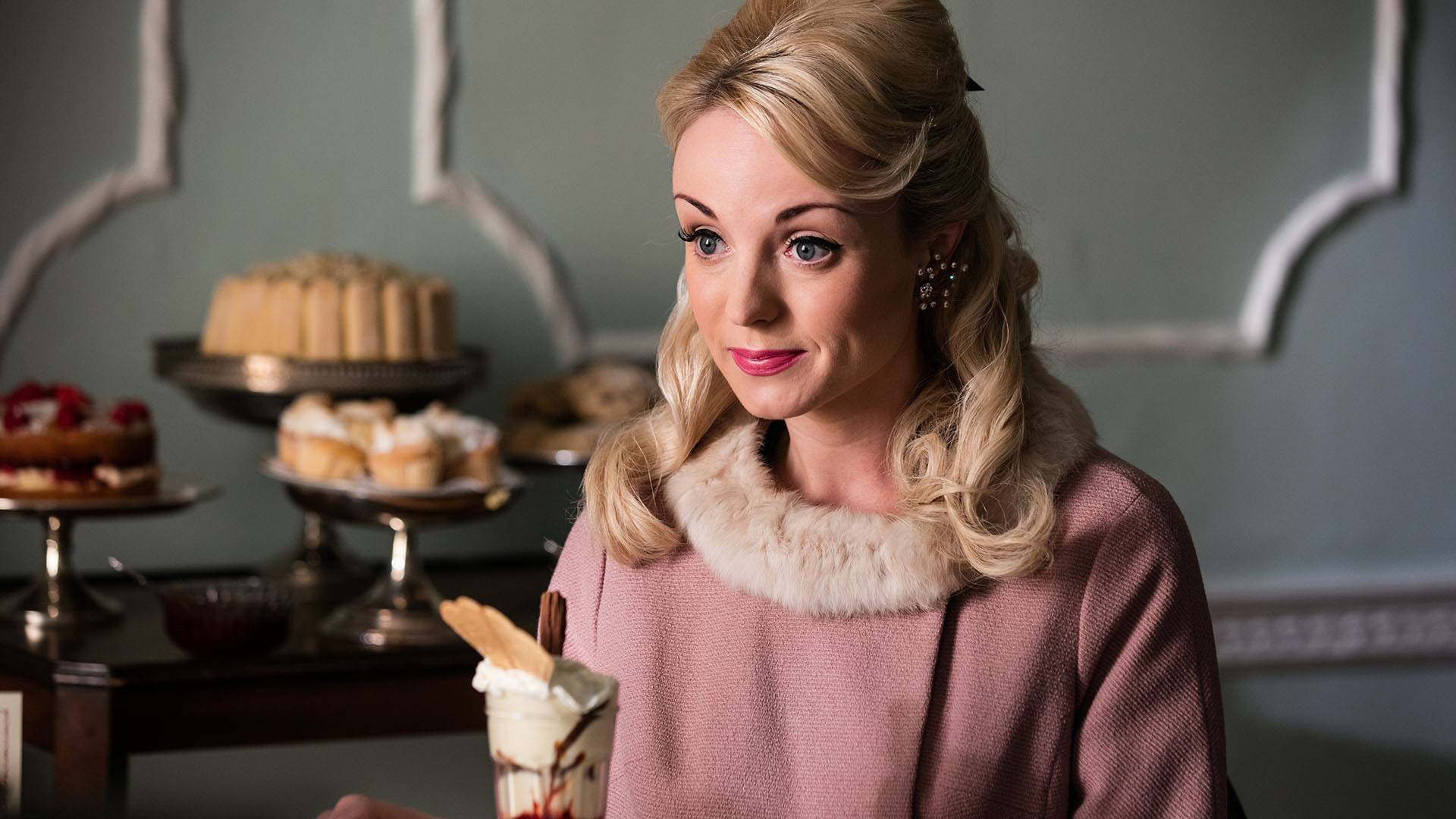 Catch up on the Season 6 finale of Call the Midwife. Warning: Spoilers ahead.

We have finally arrived at the Season 6 finale of Call the Midwife, and oh, what a momentous occasion it is! This calls for some bubbly and a slice of cake — or five — but don’t take too long saying grace before we get this party started, because a hangry Sister Monica Joan might come after you. This season’s been quite an emotional journey: We’ve witnessed each of our favorite midwives grow and better themselves as they navigated this funny thing called life. They’ve seen abuse, helped the injured and learned about controversial medical practices in different cultures.

Of course, it wasn’t all bad. In fact, our midwives have had their fair share of good fortune this season. Trixie is smitten with a new boyfriend whose jaw could cut glass (woop!), Barbara is getting hitched, and Shelagh’s pregnancy has been on course ever since her miscarriage scare. Sister Winifred might not know how to drive yet, but at least she doesn’t have to worry about speeding tickets. So as we bid adieu this season, let’s check in on the gals one last time.

Last week, during a driving lesson gone wrong, Nurse Crane and Sister Winifred were involved in a motor vehicle accident. Injuring the son of one of their patients, it was an event that shook up Nonnatus House and tested Nurse Crane, but as the women always do, they bounced back. Now, the team has encountered a new problem (standard) when they learn that a family contraceptive clinic will be launching in Poplar’s community center. Sounds great and super progressive, right? Here’s the catch: Women seeking birth control are being shamed into using the side entrance to the clinic for their appointments. Womp womp. And because that couldn’t be the only bad news of the day, Barbara discovers that her father has received a missionary posting in New Guinea for the next three years.

2. Do Not Cross Shelagh

Later, word spreads to Shelagh about the new side door situation, and she is not amused. She takes a strong stance against the rule and complains to Trixie about it, but unfortunately there’s nothing they can do. Now that more women will be using separate entrances, Shelagh worries that this will disrupt the flow of their appointments and how they keep track of medical records. Fair point, Shelagh.

At the clinic, our first mother, Mrs. Goddens, makes a visit to the back room for contraceptives. With a large family already, she’s hoping to avoid another pregnancy, but initially worries that her spouse needs to be in the know. However, her doctor assures her that she can do what she wants with her body and that her husband does not need to be informed of her decision.

From contraceptive clinics to fickle hormones, Shelagh’s work life combined with her pregnancy begins to take a toll on her. Nurse Crane takes note of this when she sees Shelagh snap at Trixie, and the two have a heart-to-heart where Nurse Crane convinces Shelagh to finally take her maternity leave and think about more pressing matters, like who will deliver her baby and where. Following her guidance, Shelagh takes her last day of work and shares some exciting news, announcing that she wants Sister Julienne to deliver her child in the comfort of her own home. Everyone is thrilled, because yay babies, but Nurse Crane is surprised to hear this and is unable to hide her disappointment from an always-observant Barbara.

Putting their clever little heads together, Barbara and Tom come up with a new wedding plan. Rather than waiting, they agree to have their wedding in just three weeks time so that Barbara’s father can officiate before his mission trip. Barbara asks Nurse Crane to be her bridesmaid, bewildering her and prompting her to ask Barbara to choose one of her friends. In a tear-jerking moment, Barbara lists off all the reasons why Nurse Crane is actually one of her best friends and how she has always been there for Barbara since her time moving into the convent two years ago. It’s quite emotional and there’s even uplifting background music that makes us feel things. We’re not crying, you’re crying.

6. The Side Effects of Birth Control

Over at the Goddens’ everything has gone well for Mrs. Goddens and her new friend the pill so far. But of course with Call the Midwife, not everything is as it appears to be. As in, you thought this would be a happy episode going in, but you were so wrong. Not long after she begins using her contraception, Mrs. Goddens experiences a sharp pain in her leg. When her condition worsens, leaving her almost immobile, Dr. Turner is called in to check on her and has her transferred to a hospital.

7. A Tough Road Ahead

Tragedy strikes when Trixie attempts to console Mrs. Goddens’ husband. She explains that Mrs. Goddens may have had a pulmonary embolism where a “blood clot forms somewhere in the body and travels up to the chest and interferes with the breathing and circulation.” She asks whether or not the couple’s children are nearby, making it quite clear that despite the operation scheduled for Mrs. Goddens, the odds are not in her favor.

As Mr. Goddens takes in how grave his wife’s situation is, elsewhere in Poplar, Shelagh and Sister Julienne work through a different medical issue. It’s been nine months and the big day is here for the Turner family, but as Shelagh goes into labor, she immediately realizes that being a veteran midwife does not exempt you from the pain of labor. She struggles to deliver and even resorts to nitrous oxide to help relieve the pain. However, after an encouraging singing duet with Dr. Turner to calm her nerves (this is a real thing that happens) and Sister Julienne by her side, she manages to push through — hah, push, get it? — and delivers a healthy baby. Bring out the cigars and sherry!

The relationship train keeps chugging along for Trixie and Christopher. After revealing pretty important secrets to each other like children from previous marriages and Alcoholics Anonymous (big steps only a week or so into dating), the two are finally in the honeymoon phase of their courtship. Of course, when things are just getting good, Christopher pulls the father card and asks Trixie to meet his daughter. Yikes. This may or may not be worse than having to meet your boyfriend’s parents, but we’re not sure. Initially reluctant, Trixie agrees to meet her over lunch where they feast on fancy ice cream sundaes and discuss nail polish. There’s nothing like sweets and a shopping date to win over a little girl’s heart.

More good news! Today’s the day: Tom and Barbara’s wedding. With only a few weeks to plan everything out, the midwives are making final preparations before the happy couple makes a lifelong commitment to each other. Eek! Naturally, Sister Monica Joan does the most and takes over the unofficial decorating committee. Meanwhile…

A somewhat drowsy but mostly *dehydrated* Tom has already prepared for his marriage with a long night of pre-wedding celebrations. We would not recommend throwing a bachelor party the day before a wedding, but if you do, make sure you have egg sandwiches on hand.

It’s. Going. Down. The bells are ringing and the church doors have opened… and check out that dress, ladies! Barbara looks like a majestic snow queen in her ensemble (paid for in full by her peers who offered to fund her dress and wedding) as she makes her way down the aisle. Does anyone have a hanky?

Oh right, and did we mention that there’s also an after party complete with a merry-go-round and all of Barbara’s loved ones? We’d marry Tom too.

Aw, and here’s the Turner family as they join each other to give their baby boy his first bath. It’s a moment of pure joy that will undoubtedly be photographed and used in an embarrassing album when future girlfriends meet the family. Everything has finally worked out for Shelagh and Dr. Turner.

And voila! Patsy has returned! Didn’t see that coming did you? This wouldn’t be Call the Midwife without some curveballs, but this is a surprise we’re all OK with. And as it turns out, no, she was not ignoring all of Delia’s letters while she was in Hong Kong caring for her dying father. In fact, she reveals that she had shipped herself off to England the day after her father’s funeral so she could be with Delia again. Delia pretends to be mad about it for a hot minute but gets over it pretty quickly because the love of her life is finally home. That’s a wrap, folks. What a perfect end to Season 6.

Nurse Trixie Franklin is a bright, glamorous girl in her late 20's.

Charlotte Ritchie, who plays Barbara, on the themes and enduring appeal of the show.