Two elements in Episode 5 had me nodding my head and chuckling in recognition. The first is how so darned stressful it is when someone needs to take time off. The work doesn’t stop, babies don’t stop being born, people continue to need to be cared for. Everyone in our practice feels responsible for this. Most of us have to be nearly comatose to feel entitled to call in sick. One of my partners waited three years to get knee surgery, because it wasn't a good time for the practice. Maternity leaves, unscheduled illnesses took priority. Don’t get me wrong, we didn’t stop her. She just didn't want to leave us short handed. I totally related to the relief that Trixie and Cynthia felt when they met the new midwife, Patsy.

The second thing that struck me so familiarly was Sister Evangelina’s reluctance to celebrate her Jubilee. CTM (Call The Midwives) have Sr. Evangelina, HFHM (Henry Ford Hospital Midwives) have Thersa. I’ll get back to that in a minute.

Although the events of Call the Midwife took place 55 years ago, the human themes resonate today. This is why the show is so popular. The difficult issues then remain the difficult issues now. Love, loss, pain, joy, compassion, birth, death: all universal human experiences, which have no time barriers and certainly are not exclusive to midwives. What may be unique for midwives is the opportunity to witness, at each patient contact, the human drama up close and personal. I know that being witness to the drama of pregnancy, birth and all the accompanied human relationships has honed my ability to respect these relationships in all their marvelous varieties. This respect is so well represented in this series generally and this episode specifically with the disabled couple. Despite the intensity of our work or perhaps even more so because of it, celebrating each other is important.

Last year, after several years of threatening to retire, our dear partner Thersa finally decided it was time and set a date to leave. “I do not want a party!” she says. “Ha,” says I. “No one would let you go without a party so just get over it.” Like this was about her! We had a blast planning it for her. She had a long, interesting and successful career. She had mentored, influenced and touched so many. In addition to our practice members; physicians, nurses, family members and patients came to the party. Speeches were made, gifts were bestowed. It was truly a wonderful evening and one that, I believe, Thersa will remember very fondly. Below is a picture taken that night. Thersa is in the middle. I am the blond behind her. All are Henry Ford Hospital midwives past and present. A wonderful caring group who did and does real midwifery in a real world. Now that’s something to celebrate. 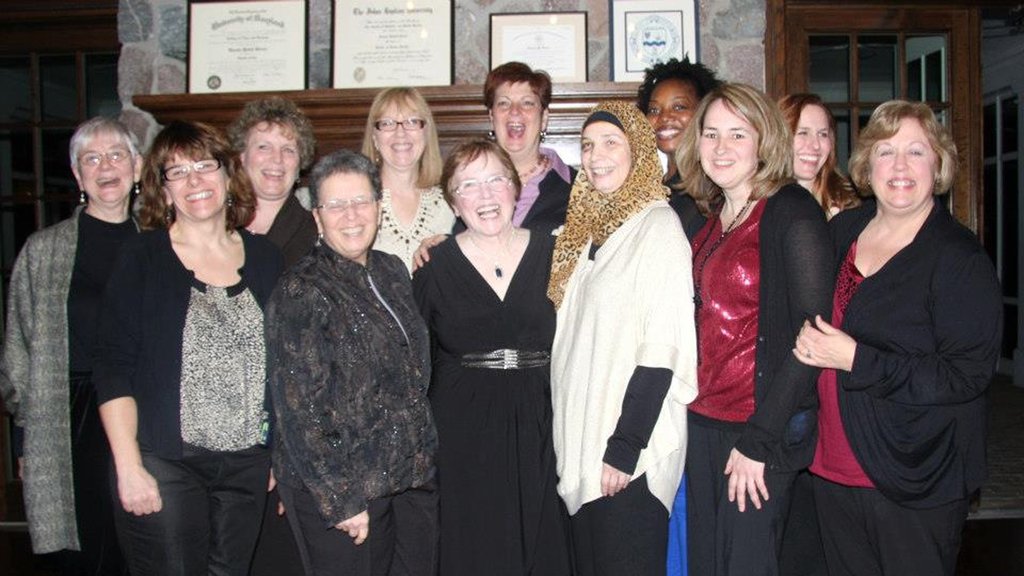