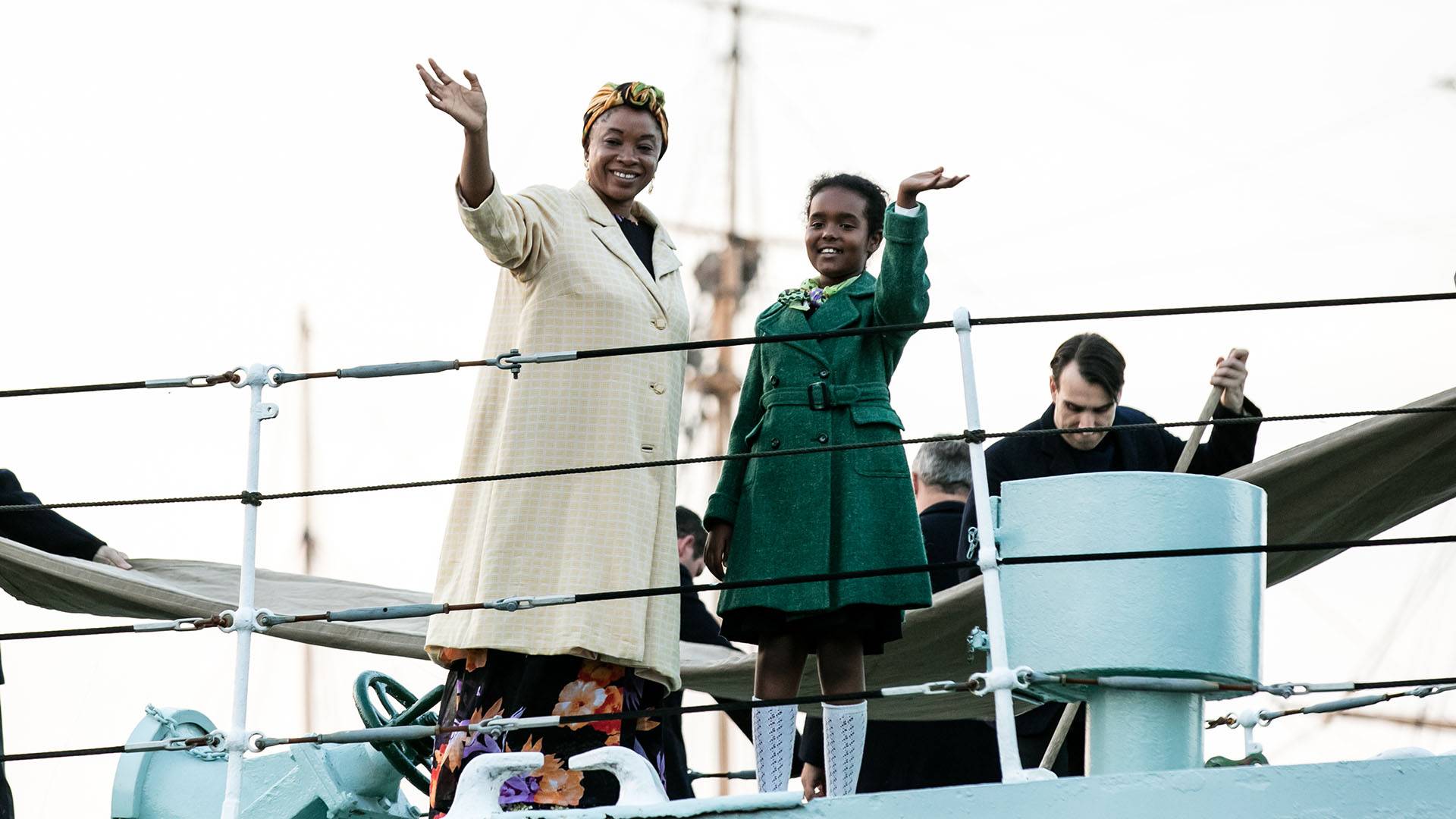 A scene from Episode 6.

Modern Midwife Andrea Altomaro says it's important to be sensitive of the fact that Nadifa has grown up her entire life believing that what was done to her was normal and necessary.

This week’s episode of Call the Midwife deals with a very difficult, and sometimes not very well known topic: female genital mutilation (FGM). FGM, which is sometimes called “female circumcision,” is the act of purposefully altering or causing injury to the female genitals for non-medical reasons (World Health Organization, 2017).

FGM can range from partial or total removal of the clitoris to removing the labia and narrowing of the vaginal opening through the creating of a seal, which is done by removing the labia and stitching the area back together, leaving only a small opening for urine and menstrual blood to be released. FGM can also include other forms of mutilation (piercing, cauterizing, cutting, scraping) of the female genitalia for non-medical reasons. FGM is generally done on children, ranging from infancy to around age 15, which is also one reason why the World Health Organization and all major medical organizations condemn the process. There is quite a difference between an adult choosing a genital piercing versus something being inflicted on a child, who is unable to provide consent or understand the consequences.

Nurse Valerie, who is new to Nonnatus house, introduces us to one of her first prenatal patients, Nadifa. Nadifa is a Somali woman, and at first, I didn’t understand why her husband so desperately wanted her to return to Somalia for her impending birth. I assumed it was so she could be surrounded by family for help, and be in a familiar land. However, when Valerie is doing Nadifa’s prenatal check-up and tries to examine her, she is shocked by the lack of visible genitalia. Valerie has Barbara double check because she is so uncertain about what she is seeing.

I can remember a few times as a newer nurse or midwife, having someone double check something that I am not quite familiar with, whether it’s an unusual exam (like the woman smiling and laughing, but came in for some cramping and spotting and I found her to be completely dilated!) or a complicated gynecology case in the office. I don’t think I’ve ever been as caught off-guard as Nurse Valerie was that day.

I think the biggest thing to take away from this episode is the importance of cultural competence and providing compassionate care. Valerie is very obviously skilled as a nurse and midwife and is trying to do her best caring gently for Nadifa, but there are times when it seems she allows her emotions to get the best of her, and is “othering” Nadifa. “Othering” refers to thinking of someone as not being the same or equal to you because they are different in some way, generally racially, culturally or religiously. Othering is the human tendency to believe that the group to which someone belongs is the only right way to exist.

FGM is not a part of Western culture, and of course I disagree with and condemn these procedures. FGM is often done, as Nurse Crane states, to treat “the female mind”; it is done to prevent women from being sexually promiscuous before marriage, both by decreasing any potential sexual satisfaction as well as make it nearly impossible in some cases to have intercourse. FGM is an extreme form of discrimination against women most definitely violates the rights of children.

I think there is a better way that Valerie, and that specialist doctor, could have handled Nadifa’s care to be more culturally competent and compassionate. The best approach would include being sensitive of the fact that Nadifa has grown up her entire life believing that what was done to her was normal and necessary. When Nadifa first visits the hospital and the doctor examines her, he essentially shames and others her, and bluntly talks about what he’s planning to do to her, as opposed to carefully explaining potential problems based on her currently anatomy, and what must be done for the baby to be born safely.

He could have also discussed the approach that he recommended for her repair to minimize any future health problems. We already know from previous episodes that this doctor doesn’t exactly have appropriate bedside manner, so while this didn’t shock me, it was still difficult to watch someone being treated this way.

I did appreciate the way that Valerie approached Nadifa’s delivery. She was calm, controlled, and understood that she needed to help get the baby out safely and minimize the damage to Nadifa’s pelvic floor and genitalia that was already occurring from the advanced stage of labor. She realized that Nadifa seemed to be going through post-traumatic stress from her FGM procedure, and understood how scared Nadifa must have been to have labored alone at home for so long.

Valerie was sure to review that there was “no knife” being used this time. Later, when Valerie became upset with Nadifa, she let her professional standards slip and allowed her emotions to get the best of her, which lead to her scolding Nadifa instead of working to understand where she was coming from. Instead of essentially saying, “Well, you were really messed up by what someone did to you, Nadifa, and now the doctor finally made you right,” she could have taken more time to calmly explain what the medical reasoning was behind how her repair was done after her birth. She should have also spent more time listening to what Nadifa had to say and what she was feeling and acknowledging that she was right to have those feelings and emotions.

We may not agree with someone’s beliefs, but it is never right to tell someone that how they feel is not okay.

Cultural competence and providing compassionate care is such a huge part of the nursing and midwifery profession. Of course, we are all going to make mistakes; like Valerie, we may allow our emotions and our own beliefs to get the best of us and we might say things we later regret and realize we were wrong. The important part is to take responsibility for our mistakes, apologize, and do the work to understand how we can provide better care in the future.