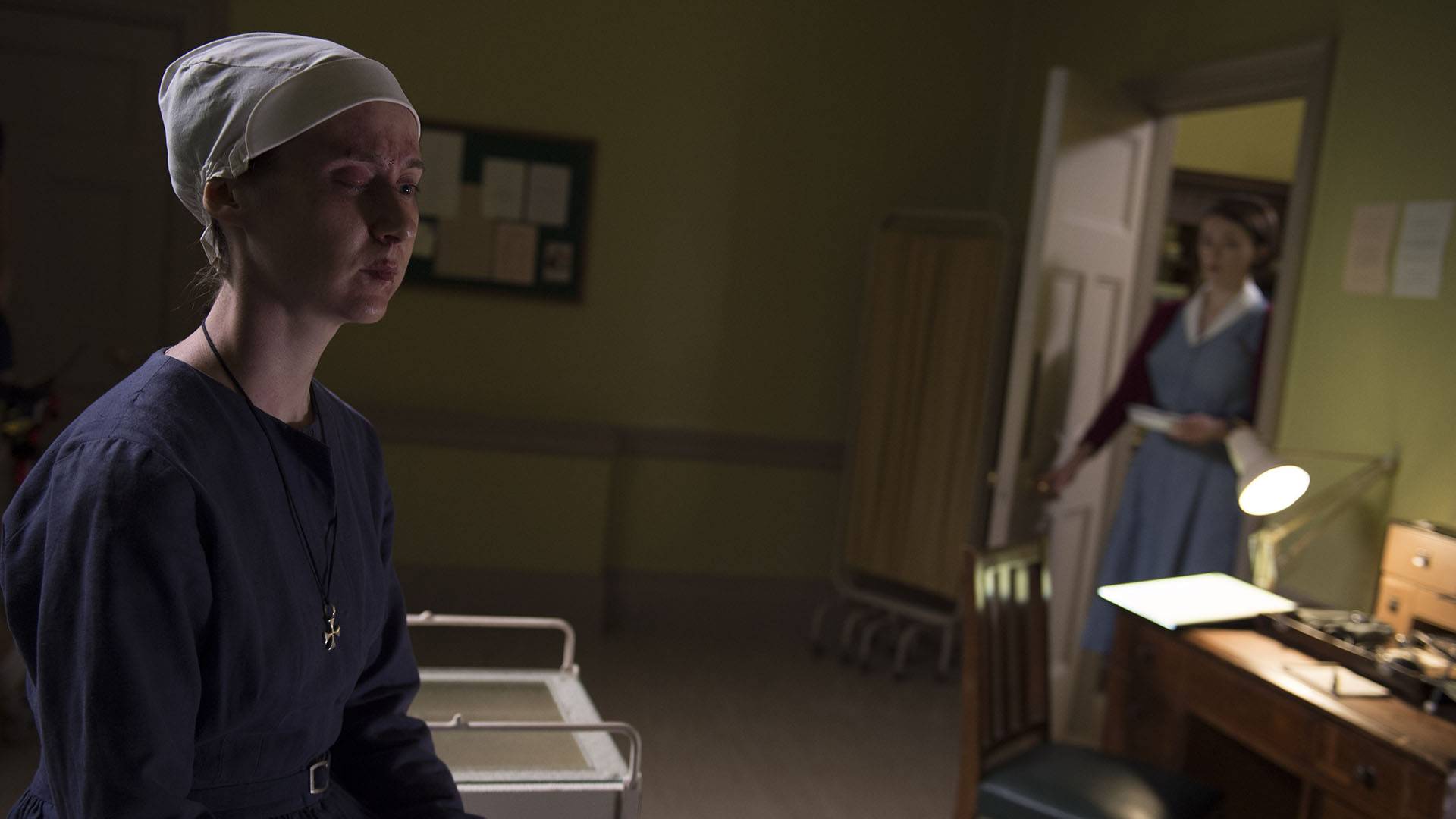 Katie Moriarty discusses a broken system and the need for us to do better by victims of crime.

“A sense of community is the holy grail of modern living. When we can’t find it in the present day we reach back through the years and say, 'That is when we knew each other… that is when we held all things in common.' It is the thought so tender and consoling that it scarcely matters if it is not true. Past perfection is a wondrous thing.”

In this episode there were a series of violent attacks on women and many of the victims were too ashamed to report the crimes. Each victim had a reason for not reporting and they each were very vulnerable in the horrendous exchanges. This was an emotional episode as Sister Mary Cynthia was also attacked.

She was a true example of COURAGE. When I looked up the definition of courage it stated it was "strength in the face of pain or grief." You could feel her pain when she said she felt like she was behind glass — that it felt like God was behind glass — and that she was scared of moving in case anything broke.

An extremely tender moment was when Sister Monica Joan helped bathe Sister Mary Cynthia and her words gave her inner strength to give voice to all the victims through her reporting of the crime to the police.

As a Modern Day Midwife, this made me think of the violence that many women experience and the emotional and physical scars that they endure from this experience. Unfortunately, we do not have to go far to see true victimization of women and here in my community is no exception.

In 2009 the Wayne County Prosecutor's Office discovered 11,341 untested rape kits sitting in a Detroit Police Department storage facility. This rape kit backlog in Detroit represents one of the largest known backlogs in a city within the United States.

It is hard to believe but there is a rape every two minutes in this country, and that the victim’s own body can be thought of as part of the crime scene! When a victim has the courage to report the crime of sexual assault — and then goes through the emotionally exhaustive and invasive examinations that follows with what is needed to obtain a rape kit — they deserve the respect of having this DNA trail left by their attacker investigated.

The victim goes through being photographed, swabbed and an entire examination process which can take up to six hours. These kits are extremely powerful as they can identify an unknown attacker, confirm a known suspect, connect the dots between many crimes or even help a wrongly accused individual.

There are really two issues that can lead to a rape kit backlog. The first occurs when a detective or a prosecutor does not request DNA analysis on the rape kit, even though it is in a storage facility and it has been booked as a piece of evidence. Secondly, a rape kit could be submitted for testing or analysis, but instead sits in a crime lab facility.

It is hard to believe but very few state governments and no federal agencies track rape kit data. It is essential that we test these rape kits as it can hold a perpetrator accountable for their crimes and with bringing the rapist to justice it can help with the healing process.

Early in September of 2015, Gov. Rick Snyder (MI) announced that the backlog of untested rape kits had been cleared. Now the hard work of investigation and prosecution has begun.

Check out the map below by EndTheBacklog.org to see information about your own state or local area for the size and status of the backlog; information about reforms around rape kit tracking and testing, and the victim notification process; along with important local and national rape kit backlog news.

“New truths were being spoken at Nonnatus House, but some remained concealed.  While one voice rose -- striving to raise its agony in song.”