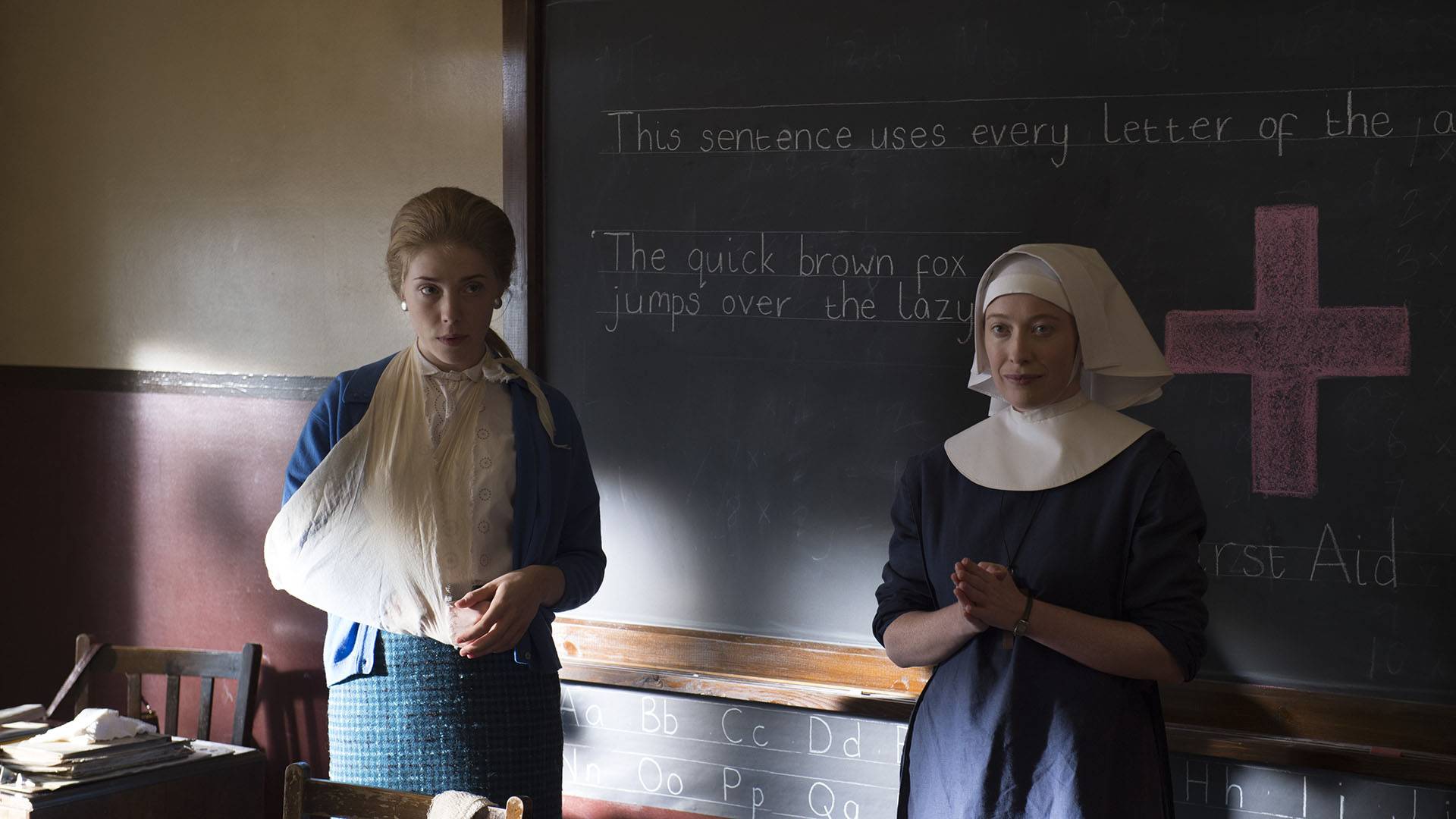 With judgment playing a theme throughout Episode 3, Andrea Altomaro advises against turning on a patient even when your values don't align.

Since Sister Winifred’s arrival in Nonnatus House, we have become used to her delightfully cheerful demeanor. In this week’s episode, however, we saw Sister Winifred struggle after learning that a local unmarried teacher, Ms. Dorothy Whitmore, has become pregnant — and by a married man.

Sister Winifred used to be a teacher before she became a midwife and believes that teaching is a very honorable position. She cannot help but disapprove of Dorothy’s actions; while she was very friendly with Dorothy prior to finding out about the pregnancy, Sister Winifred now finds herself shunning the young woman, even going as far as to suggest transferring her care to midwives in a different district.

I cannot imagine what Dorothy was going through during that time, but I’m sure it’s a feeling many young women can identify with. Unintended pregnancies are still very prevalent. According to the CDC, 49 percent of pregnancies in the United States were unintended in 2006, and this is in a time where there is regular access to safe, reliable birth control methods.

While unplanned pregnancies are still a very real problem affecting many women, there is much less stigma surrounding this today as opposed to the 1960s.

The married man that had an affair with Dorothy wants nothing to do with her now that she is pregnant. Dorothy loses her flat after the landlord finds out that she is pregnant. The landlord, apparently so appalled by this scandal, goes to the school that Dorothy works at and informs her supervisor. Dorothy loses her job as well, which we learned would be inevitable; even a married teacher in the 1960s who becomes pregnant would not be allowed to keep her job.

Dorothy had nowhere to turn, and when she went to Nonnatus House to ask for help, I’m sure she could sense the cold, quiet detachment from Sister Winifred.

Dorothy, feeling incredibly alone and unsupported by everyone in her life, and having recently lost everything she had, makes a decision that seems like it could only be out of extreme fear and desperation: to attempt to perform an abortion on herself.

Abortion was not legal in 1960s Poplar. In fact, Sergeant Noakes reminds us that the “Offences Against the Persons Act 1861” means that any person performing an abortion would be arrested and charged with a crime. Dorothy nearly loses her life after her attempted abortion. My heart ached for Dorothy, knowing that while already having lost her house and her job, she also had her uterus removed because of the complications and bleeding.

This is not the first time Call the Midwife has dealt with the topic of abortion. Abortion remains a heated topic to this day, however, as a women’s health care provider, I strongly believe that abortion care is healthcare. As a pro-choice woman and feminist, I believe that all women should have access to safe, legal abortion care, no apologies and no questions asked.

Much like we have seen in this episode, a lack of access to safe, legal abortion care leads women to making risky decisions that can cost them their lives. Making abortion illegal does not stop abortion from happening; it only prevents it from happening openly and safely under the care of skilled practitioners. When an episode in Season 2 showed a scene depicting a “back-street” abortion, many viewers were uncomfortable, upset and voiced complaints.

However, I feel that this is an important part of the history both in the U.K. and the U.S., and serves to remind us what decreasing a woman’s access to abortion care can lead to. Like many health disparities, low-income women, like many of the families in Poplar at the time, are disproportionately affected by this restriction of care.

This episode has reminded me that every single woman I care for has her own complex social and family situation that we may not understand, but as midwives, it is our job to provide safe health care. If we cannot provide, or do not agree with, a woman’s choice, it is still vital that the woman gets the respectful care she desires and deserves through a referral to the appropriate provider or facility.

Sister Winifred taught me that passing judgment is human nature, even for a nun. I am reminded that identifying our judgmental thoughts and feelings and actively working to move past them will allow us to continue to provide the compassionate care that midwifery is known for.