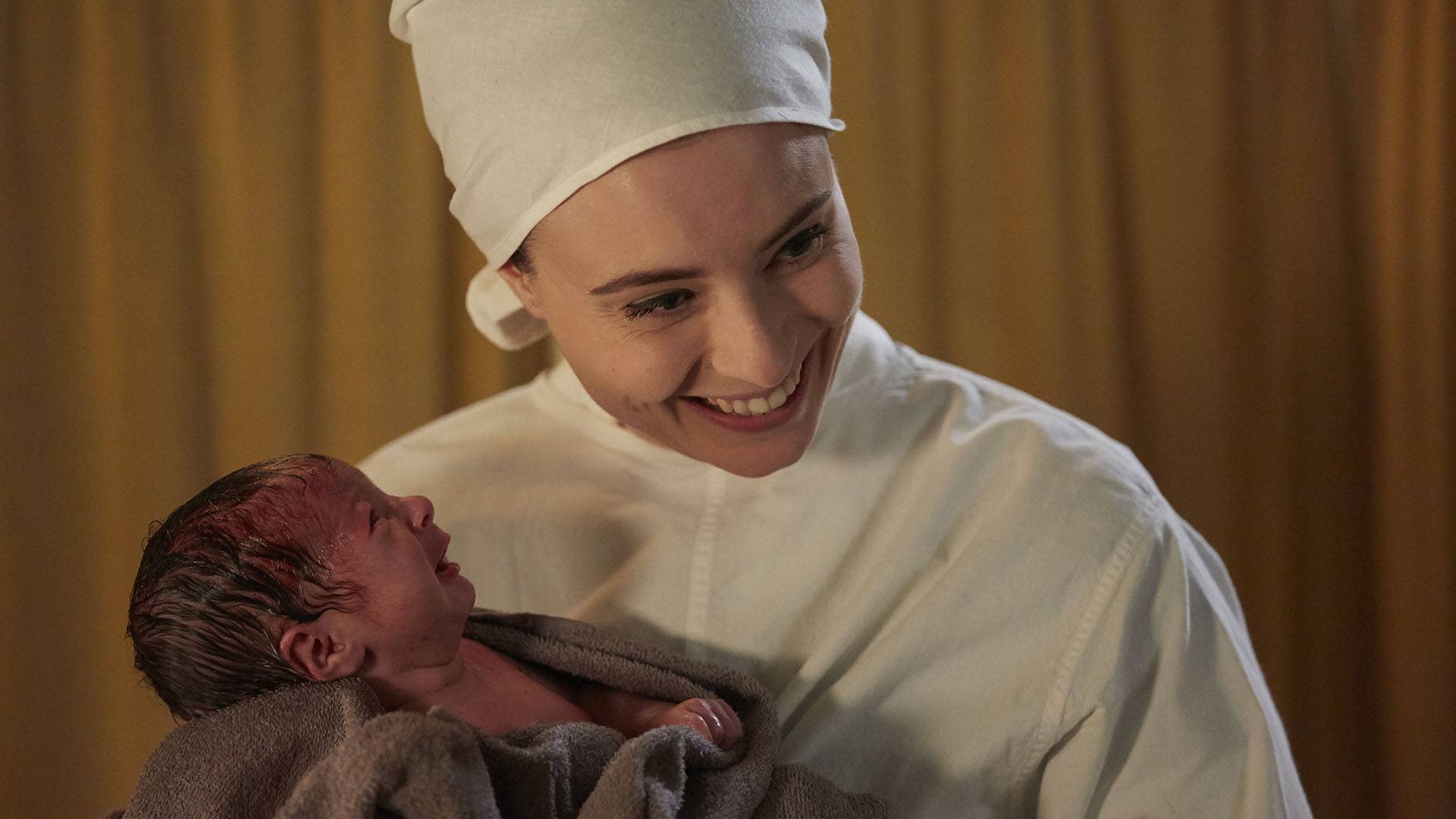 Andrea Altomaro on building and cherishing the memories that change us.

Editor’s Note: The opinions expressed in this blog post are solely those of the author.
Spoiler Alert: This post discusses events in Call the Midwife Season 7 Episode 8.

I started out watching this season finale of Call the Midwife feeling a deep heaviness around me, like a blanket of sadness. To be honest, I looked forward a little bit to watching this episode and having a good cry. It’s been a stressful couple of weeks in my household, with both of my boys having ear infections, my older son had a minor surgery last week, and now the baby has the flu. Add in two parents who work full time and barely get enough sleep when both kids are well, and saying that the past 3 weeks have been overwhelming is a bit of an understatement.

While I did get that good cry throughout many times during this week’s episode, the tears by the end of the show were a mixture of happy and sad. Watching Tom and all of the members of Nonnatus house grieving the loss of Barbara brought back a lot of feelings from when I lost one of my great friends, Don, back in 2009.

Don was an amazing soul. We met on our study abroad trip the summer of 2007, where we travelled to Ghana. He was vibrant, funny, and caring; he loved all beings, and was vegan because of that. Don had the ability to befriend everyone. If someone seemed left out or lonely, he had a way of connecting genuinely with that person. He loved disco music and LOVED to dance. We had some epic dance parties both in Ghana and back home! We lived in the same apartment complex for my last year of college, with his apartment just below mine. After I graduated, and Don was still in school, I went back to campus a few times to visit him when he would have some of his famous disco parties.

Don’s passing was very sudden and unexpected. I struggled a lot with how to cope with that loss. I felt immense guilt over not having seen him the last time he texted me and asked if I wanted to go out dancing, because I had a date that night with my now-husband. Don and I hadn’t been friends for very long, but he changed my life in those two years of knowing him. I often think of what Don would be doing, how much he would have accomplished by now if he was still alive. His memory inspires me to be a better person in so many ways. From becoming vegan to just trying to be as inclusive as possible and kind to everyone I meet, I try to carry on Don’s legacy.

I connected with Don’s mother, Renee, following his death. In the early days, I would send Renee emails or text messages when I would think of memories with Don or have dreams about him. She loved hearing stories about Don. Like Sister Monica Joan said in this week’s episode, even after we are gone from this earth, we are all memories. Talking about the memories of loved ones who have passed helps with the grief, because you know that as long as we remember them, they will never be truly gone.

I was also touched by Phyllis and the connection she was able to make with the young mother, Josie. I could tell that Phyllis’ sour attitude at the beginning of the episode was related to her grief, but then at the end, when she was working with Josie in labor, she seemed to remember the sacred importance of what we do as midwives. The memories of birth will stay with a mother for the rest of her life. For Josie, this birth and the limited days after would hold her only memories of her baby girl, as she was placing the child for adoption. I am sure that Josie will never forget the kindness and support that Phyllis offered her that day.

This led to me reflecting on how many memories I must be a part of by now, in my sixth year of practicing midwifery. I had the honor of attending a birth the other day of a family who I was with for their first birth, too. Their first was an unexpected cesarean section; they came in in labor, but the baby surprised us all by being breech. This time, with this baby in the head-down position, mom was able to have the VBAC (vaginal birth after cesarean) that she had hoped for. It was a beautiful moment to have been there to witness! I don’t think I’ve really ever sat with the idea that what I do and say has a lasting memory for the families I am lucky enough to work with. I mean, I knew that this was the case, and I’ve probably even said that a million times, but to really sit down and think about what that means is honestly a little overwhelming. This has renewed my passion for my work, and has given me a deeper understanding of the reverence of birth.