Spirit and Soul of Midwifery 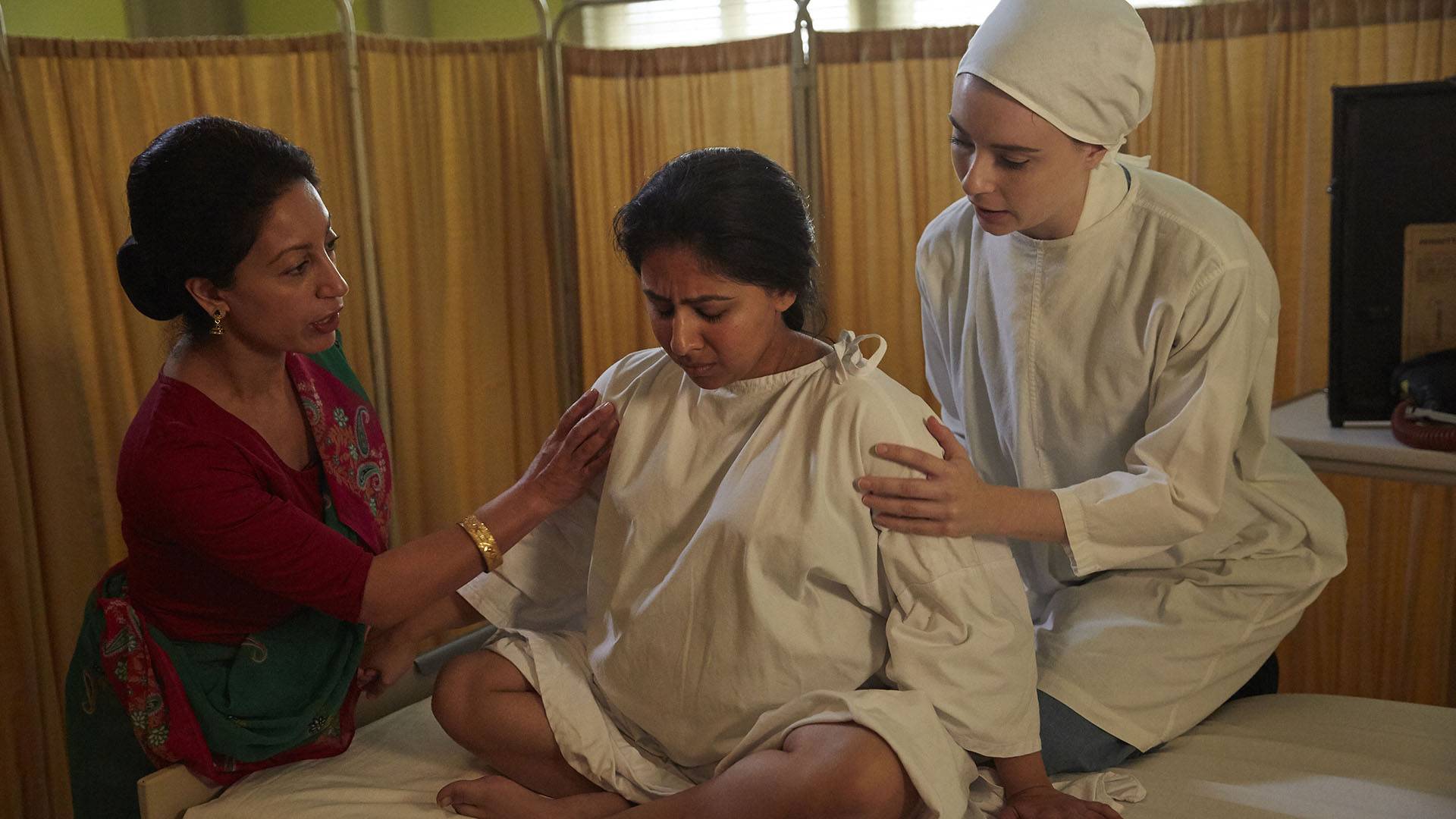 Deborah McBain on how Season 7 delved deeply into what it means to be a member of a community.

Editor’s Note: The opinions expressed in this blog post are solely those of the author.
Spoiler Alert: This post discusses events in Call the Midwife Season 7 Episode 8.

Has your faith in the Call the Midwife writers been tested with the death of Barbara? What could possibly be the purpose of taking away a beloved character just as we might have seen her continue to blossom as a midwife, wife and mother? Is it just to teach us that we all become memories in the end? Does Barbara’s death serve as a reminder of how fragile and precious life is? If this were real life you could pick an answer that has meaning for you; the meaning of death likely based on a belief system. Since this is a television series, we know the answer to the question of purpose is simply drama. But then again, is it just drama? Heidi Thomas did experience a real life, near death experience. Her writing for Call the Midwife has indeed given us all much to think about in the real world.

Those who know me know that I am not a religious person in the traditional sense. Just as the Call the Midwife character, Valerie Dyer has doubt; I too, have my doubts about the nature of the divine as I was taught. It doesn’t necessarily mean that I am a non-believer. In my mind, it means I recognize my incapacity to understand the immense mystery of our human existence.

I may be wading into dangerous waters here, but my response to those who are concerned by my lack of religious conviction is this: “ It does not matter what you or I believe. Our beliefs do not change the truth. I believe the truth is beyond human grasp of understanding at this point in our evolution. I honor each culture’s and each individual’s need for a system of belief. It is likely that portions of truth lie within all beliefs. My need is to believe in the mystery.”

It has been proposed that the name of my belief system is Humanistic Paganism. Wow. If you wonder if I will go to hell because I’m a pagan, ask Pope Francis. He recently addressed a young boy whose father was atheist, but a good man. When the boy asked if his recently deceased father was in heaven the Pope asked his juvenile audience if they thought God would condemn a good man to hell. “No”, they resounded. “There is your answer.” Said the Pope. I strive to be good person because the ability to do “good” is the reward. In my mind, belief is irrelevant.

Despite my lack of formal religious affiliation, I have come to understand that midwifery practice is a spiritual practice. If you take the meaning of spiritual as that which relates to incorporeal as distinguished from physical nature, then consider the following: As we monitor and support the most physical of human processes, there is so much going on in a birth room beyond the physical. A mother struggling with giving birth could find me peering into her eyes attempting to reach past her laboring body and into her spirit to reassure her in the safety of releasing her child into the world. As I witnessed each new human being emerge from the womb, I was often overcome with emotion. The significance of each new life is unknown but infinite in the promise of that moment. That is truly the mystery and spirit of midwifery. That mystery is represented in this episode’s scene when the teen mother is inspired to name her new daughter: Barbara. In that moment Phyllis Crane feels that spiritual connection with her recently deceased friend. Some may believe it is God reaching out and some may believe coincidence. Either way in that moment, the circle is complete. It is only through death that birth is possible.

Now back to the future: As the Call the Midwife series has introduced its first midwife of color in the character of Lucile Anderson this season, the American College of Nurse-Midwives (ACNM) also has chosen to highlight diversity within its ranks in 2018. I am pleased to report that the annual meeting for ACNM, convening in just a couple weeks has chosen the theme: Giving Voice to the Soul of Midwifery, honoring the African slave roots of American midwifery. In my Modern Day Midwife blog contribution of May 15, 2017, I admonished ACNM for its lack of attention in this area. I do not take credit for this year’s theme. My admonishment was merely a reflection of an increasing awareness across the country of the importance of African-American and immigrant contributions and the importance of recognizing and supporting these contributions. Learn more about the American midwife history being honored during this year’s annual meeting in Savannah, Georgia, at this website.