Supporting Women No Matter the Choice

Last Updated by Wendy Pinter on 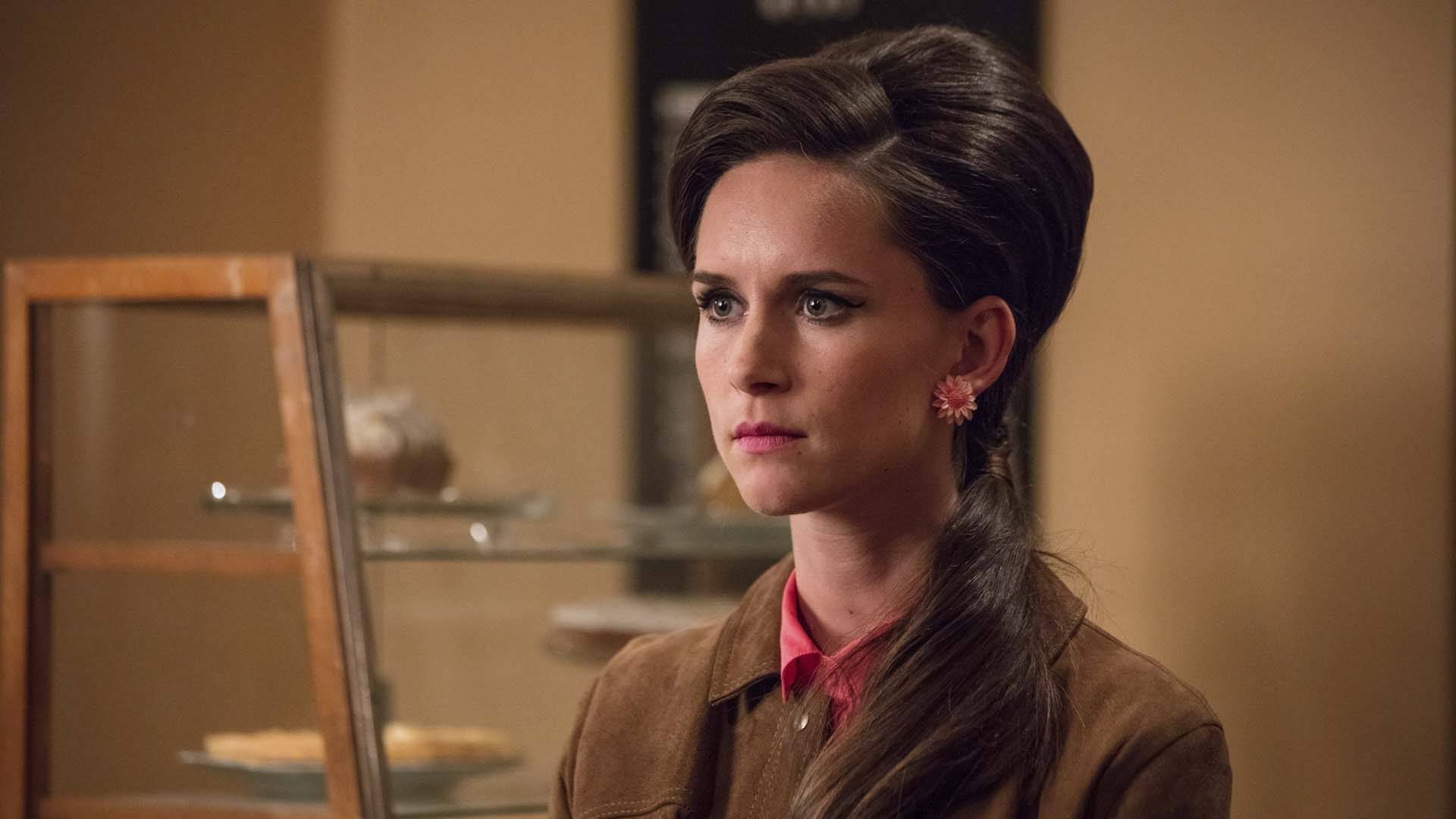 Wendy Pinter: It is so easy to see things in black and white until you color your world with such experience.

Editor’s Note: The opinions expressed in this blog post are solely those of the author.
Spoiler Alert: This post discusses events in Call the Midwife Season 7 Episode 3

“Love is always deserved, by everyone, but it is not always given, no matter where we search, or for however much we long for it.”

This is all the email said. My initial reaction was to delete. I did not have the emotional energy to devote to something or someone very needy at this particular point in my life. In spite of this, I sent her a reply.

I was expecting to hear from a young woman, maybe in high school. Maybe she would be in college. When my phone rang, all of my preconceived notions were set aside.

“I’m Natalie, and I’m 30 years old. I’m taking care of my aging mother by myself. I work two jobs and have some money in savings, but I don’t know if I will have enough money saved to take care of all of us when I need time to recover, if I have this baby.”

If I have this baby.

Natalie had an appointment already made for her abortion.

When I was a child, my mother could have been voted most likely to be involved in a public demonstration of whatever (likely religious) cause. Chief of these would be the “Right to Life” movement. I know I had been successfully indoctrinated with all of the emotional reasoning and better options as to why abortion is never the answer to a problem pregnancy by the time I was 8 years old. I learned about only voting for candidates who vowed to support rights of the unborn over everything else. Friends and family volunteered at “crisis pregnancy” clinics which invited pregnant people into their doors with free ultrasounds with hopes that seeing their baby’s flickering heartbeat would help them to make a different choice than abortion for their babies, adoption even? Since then, working in birth, I have had a chance to rethink my stance on these issues from a more educated from experience point of view. It is so easy to see things in black and white until you color your world with such experience.

I once cared for a young woman who had found out she was pregnant at the tender age of 15. She came from an upper middle class Catholic family, a loving home, private school. They were a family that was known as a pillar in their community.

As I spent time with her, I found out she had been in hiding inside of her home since she started showing. They had told no one of her pregnancy out of fear of judgement for her choice to give her child, their first grandchild, up for adoption. I thought they were overreacting, until the birth. It was there that the emotional toll of her circumstances would finally manifest in the form of HELLP Syndrome, where this young woman’s body shut down so quickly, she would need to be rushed back for an urgent cesarean section.

I waited outside the surgical ward to be invited back to support her. An anesthesiologist came out to me to ask a question, “Why is she giving her baby up for adoption? Do you think its because she saw ‘Juno’?”

He waited for an answer, and I avoided him by glancing off at a couple who were excitedly pacing while chattering away on their cellphones. The woman had a brand-new designer diaper bag packed with enough diapers for three babies slung over her shoulder. The man was wearing a yellow cardigan over his shoulders like he was about to meet someone for tennis. They noticed me and started walking over.

“Is our baby going to be OK?” They asked me, looking concerned. I’m sure my mouth was still gaping open from being surprised by the anesthesiologist’s question. The woman stepped in. “I mean, is the mother going to be okay, too?” I felt sick. I didn’t know. I don’t know if we ever get to declare a mother “OK” who has made this most heart wrenching choice to give birth and then gift her baby to another person so their child can have a better life. Are we ever really able to restore someone to “OK” after they make such a choice, for whatever reason?

A selfless act like adoption still has a profound effect which may far outlive the aftermath of a choice to abort. With an abortion, there is closure, even if it is possibly also accompanied by guilt or regret. With an adoption choice, there is no such closure. A woman gives birth and continues to know her child is living a life now without her, and she prays this life she chose for them is much better than what she could have given. I finally understood the reason why this young woman needed to hide in the walls of her house until this transition had been completed. Making this choice to give her child up for adoption, she demonstrated a mother’s great love for her child so few could ever understand. She was still being judged harshly by others as a mother who must not care about her baby, when in fact, her love for her child was so great, it almost killed her.

I agreed to meet with Natalie. She wanted me to come with her to the abortion clinic. We arrived early on a Saturday morning, in time for her appointment. When we parked, we had to walk through a gauntlet of men and women clutching rosaries and holding signs with grotesque images of aborted fetuses, praying and handing out pamphlets. I had to admit for the first time, it felt awful to be on the other side of this demonstration. We sat in a poorly painted and dirty-feeling waiting room until Natalie’s name was called. We went back, and she was given a quick ultrasound that revealed a little bean shape with a flickering heartbeat. After the ultrasound, our nurse handed Natalie some consent forms. “Actually, I have come here to cancel my abortion,” Natalie explained to her.

“Now you know we aren’t going to give you a refund,” the nurse snapped, expecting a protest.

“I know,” Natalie smiled, clearly starting to like the idea of becoming a mother. I was surprised, and happy for her. No woman who wants her baby should have to make a choice about whether to keep her baby because she can not afford it. As we walked out of the clinic, protesters parted way for us, not knowing what we had come into the clinic for. Sweet Natalie threw them a bone. “I am keeping my baby. Thank you for caring about us!” The people lining the sidewalk were overjoyed. I felt uncomfortable and violated because Natalie had to explain her very personal decision to anyone.

We went to lunch, and immediately Natalie was asking a million questions about how to have a healthy pregnancy. I later left her, feeling inspired, worried. How was she going to do it? Am I in any way responsible for how hard her life might become now? These questions plagued me. It is so easy to get a mother to love her baby, but is love enough? I asked this question of my friends. What do we do to put our money where our mouth is when a woman decides to keep her baby instead of aborting? What are we doing in support of her that really makes a difference in the life of this child we claim to care so much about if all we ever do is save them from abortion?

My friends were convicted by this question as well. A pastor of a church gave me a check for her for the amount of money the abortion clinic kept. Another friend offered a job interview for a promising position which would be more money and better hours. Natalie nailed her job interview, and not long after she started getting paid, her Medicaid benefits for herself and food stamps were shut off without warning.

We can not have it both ways, America. We can not take away every possible safety net available for a birthing person to take care of their reproductive health and then not give them a way to care for their children they will now have while they are finding a way to make it all work. My eyes have been opened and I know in my continuously broken heart we are doing it wrong as a society. That said, my friends really embodied a spirit of support for Natalie, and I am thankful for them. I know she is, too. I also want to remind all of them that her child is about to turn four, and we are not done with our commitment to be there for her. She still needs us, because we said we cared about a tiny life wiggling around in an ultrasound and because words are nothing without action.

Wendy PinterWendy Pinter (CPM) is a Certified Professional Midwife in southeast Michigan who has practiced traditional home birth midwifery since 2008 catching hundreds of babies. In 2017, she finally decided she was tired of trying to ride her bicycle to births and opened Nine Short Months Birth and Community Wellness Center, now located in Southfield, Michigan, where she brings her expertise for home birth into a very comfortable facility setting.
Read More About Wendy |  Read All Posts by Wendy