Tied Together Long After the Cord is Cut 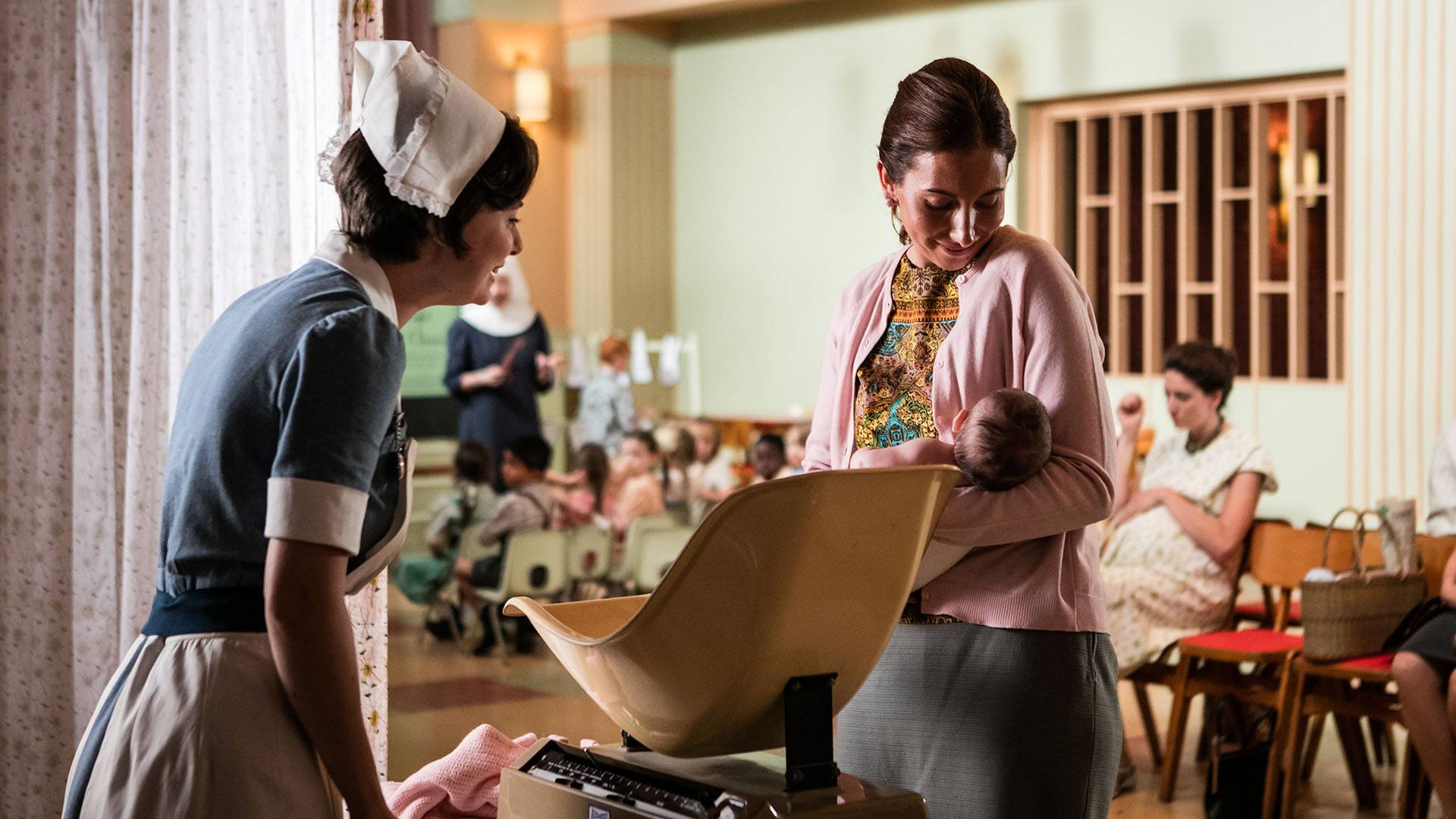 A scene from Episode 5.

Modern Day Midwife and mother Andrea Altomaro on how the bond between mother and child is so much more than an emotional one.

"From the moment the midwife cuts the cord, the mother’s task is to nurture and cherish, to shelter and protect. Even as she does so, she must teach the child to leave her; train it to let go of her hand, at first to walk unaided, and then to walk away. But there is a cord that nothing can sever: the invisible bond that ties the mother to her infant, which endures when the child is a child no more.”

From the opening lines of this week’s episode, I was hooked. This is something that I’ve been thinking about a lot lately, as my son is getting older (he’s now two and a half) and as my husband and I prepare for baby number two to join us this summer. With my toddler, I try so hard not to be the “helicopter mom,” always hovering and doing things for my son that he can do for himself. Sometimes though, I so badly want to shelter him from anything harmful that could happen.

I actually remember one of the first nights after he was born, sitting at home and rocking him, sobbing because I loved him so much, and I never wanted anything bad to happen to him, not ever. And I knew I couldn’t protect him forever. It felt overwhelming at the time, and to be honest, still does sometimes. I have to remind myself that he is growing and learning, and I am his guide, but I have to let him test his independence and when appropriate, experience things on his own.

When I start thinking about this, I’m reminded of a time before I was a mother, when I had no clue exactly how strong the bond between mother and child was. My husband, who was then my fiancé, was about to have surgery. I had brought him to the hospital in the morning, and since I was the one listed as having brought him and as his contact person, I was called back to see him before surgery. When I came out, and his mom and dad were there, my mother-in-law was asking about going back to see him before the surgery. I (probably more casually than intended) stated that they only let one person back there, I had already been back, and he was probably headed to surgery soon.

I didn’t think that much of it. He’s a grown man! I’m his (almost) wife, of course I went back to see him. I literally cringe every time I think about this experience. It’s doesn’t matter that he was a grown man! That is her son. I cannot imagine what it will feel like when a serious partner comes into my son’s life and suddenly it seems like I am not the most important person to him. It breaks my heart that I wasn’t insistent that she asked to go back and see him first. My son might be growing up, but whether he’s two or he’s thirty, that’s my whole heart right there. He will always be my baby.

Call the Midwife has given us some amazing examples of the bond between mothers and children. We saw that this week not only in Ivy Jackson and her son Reggie, but also with Violet and the connection she formed with Reggie after he came to stay with her and Fred. Last week, Marnie Walker and her children gave us an incredible example of a mother’s tie to her children. Of course, we cannot overlook Shelagh. Shelagh shows us every week that growing a baby in your womb is not the only way to form a loving, life-long bond with a child. I can definitely see the intimate connection she has with the new baby growing inside of her, but her bond with Timothy and Angela prove that there is so much more to a mother’s love than simply carrying the baby within her body.

Although biology is not the only reason a mother forms an intense bond with a child, research shows us that there is a scientific explanation for some of the changes that women go through during pregnancy and even long after that creates a very intimate link between a mother and her child. This is called fetal-maternal microchimerism, where the cells from an unborn baby intermingle with the mother’s cells, and remain in the mother’s body long after the baby is born. These fetal cells can be found in all areas of a mother’s body: brain, heart, kidneys, and bones. Even more, when these fetal cells attach to a mother’s organs, say, her heart, they become working heart tissue. This is fascinating!

The bond between mother and child is so much more than an emotional one. We even leave some of our cells with our babies, and possibly some of our mother’s cells, and her mother’s. We are literally intertwined on a cellular level with our babies before they are ever born, and they will be a part of us long after the cord has been cut, and they have grown.

For more information on fetal-maternal michrochimerism, check out this article from Science News: "Children's cells Live On In Mothers," and this one from the New York Times: "A Pregnancy Souvenir: Cells That Are Not Your Own."