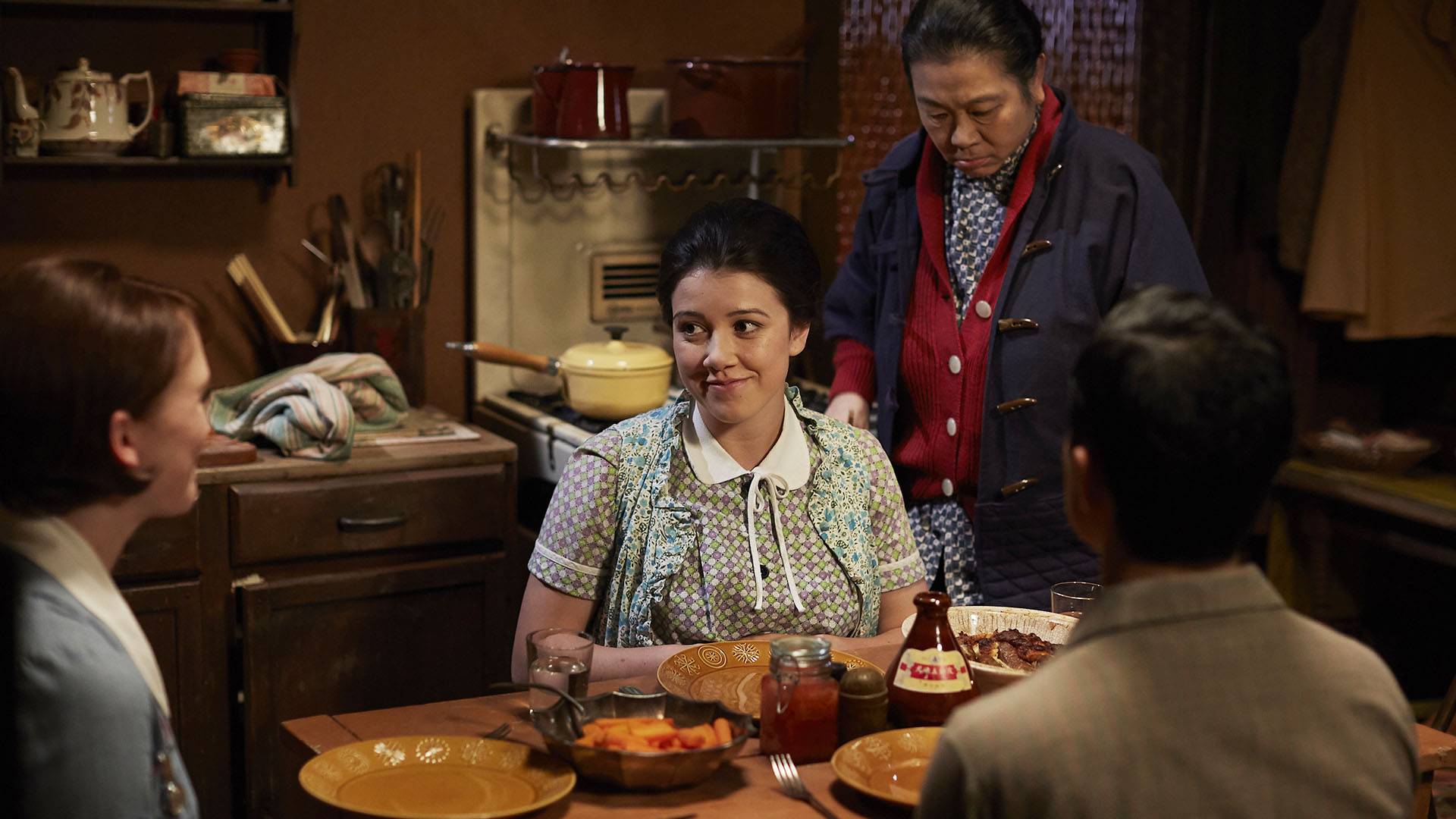 Nurse Barbara and the Chen family in a scene from Episode 3.

Andrea Altomaro unpacks episode 3, taking a look at the underlying theme of the importance of empathizing with others, especially someone who is different from you.

What an emotional roller coaster this week was! Perhaps there should be a disclaimer at the start of the episode: you will be needing at least a half of a box of tissues if you proceed (especially if you’re 7 months pregnant, like I currently am!). Have you ever heard the slightly cliché phrase, “Don’t be quick to judge; everyone you meet is fighting a battle you know nothing about”? After watching this week’s episode of Call the Midwife, that was the first thing that popped into my mind.

Everyone knows that being judgmental of others, especially those we do not know well, is a poor personal quality, and probably something most of us would like to think that we don’t do. Well, this idea is something I’ve been contemplating a lot lately as I have been trying to learn more about intersectional feminism, racism, and privilege. I am definitely not an expert in any of these matters, but I’m working hard to reflect on my own privileges and inherent racism. I think it’s probably more important to identify the judgements that come into our minds (because we are all making them, whether we like to believe it or not) and not only reflect on why you feel that way, but then decide what you’re going to do about it to change.

I can think of so many times when judgmental thoughts have entered my mind: a woman is two hours late for her prenatal appointment; doesn’t she realize how much this throws my schedule off? Or another common one, before I had a child of my own, what about the mother of the child who is having a meltdown in the aisles of Target? Does she even discipline that kid?

I think it’s important to say that these thoughts and judgements don’t just go away because I acknowledge them, but I have really tried to reflect on why I feel that way, what I can do differently, and then try to think of how I can better understand where the other person is coming from. Like the old quote says, I know nothing about the battles this person might be fighting.

Maybe the woman who is late had issues with transportation, but didn’t reschedule her appointment because she knew how important it was to have a visit that day. On a more uncomfortable level to talk about, but something that’s important to address: am I assuming she might have had issues with transportation because of her age, where she lives, or because she’s a woman of color? Maybe she just woke up late. Maybe she had the appointment time written down wrong. The important part is that I don’t know why she was late, and I shouldn’t assume, but should rather work toward being the best and most caring provider I can be by accommodating her if at all possible. As for the mother at the store with the screaming kid? Well, now that’s probably me.

Taking time to understand where someone is coming from, especially someone who is different from you, was an underlying theme in this week’s episode of Call the Midwife. We saw one example of that with the Chen family. Lucy was having a hard time understanding her mother-in-law’s cultural traditions and her absolute insistence on keeping baby Lin warm. It wasn’t until a near tragedy occurred that Oilen (“Ma”) opened up and shared with Lucy about her past, and how she lost her own baby girl shortly after birth.

We also saw the staff at Nonnatus house having such a hard time with Sister Ursula’s rigid rules, and some even felt a little animosity toward Sister Ursula. However, they had not realized how shaken Sister Ursula was from feeling that she had failed at her previous position, and she blamed herself for the closure of her previous midwifery practice.

Sister Julienne, though also not pleased with a lot of the recent changes at Nonnatus, reminded everyone of Sister Ursula’s good intentions. She also worked to make a connection with Sister Ursula, and offered support, prayers, and made herself available to listen to how Sister Ursula was feeling. Sister Julienne was nonjudgmental, respectful, kind, and patient. She was a true role model for those who are looking to understand a point of view that is different from their own.