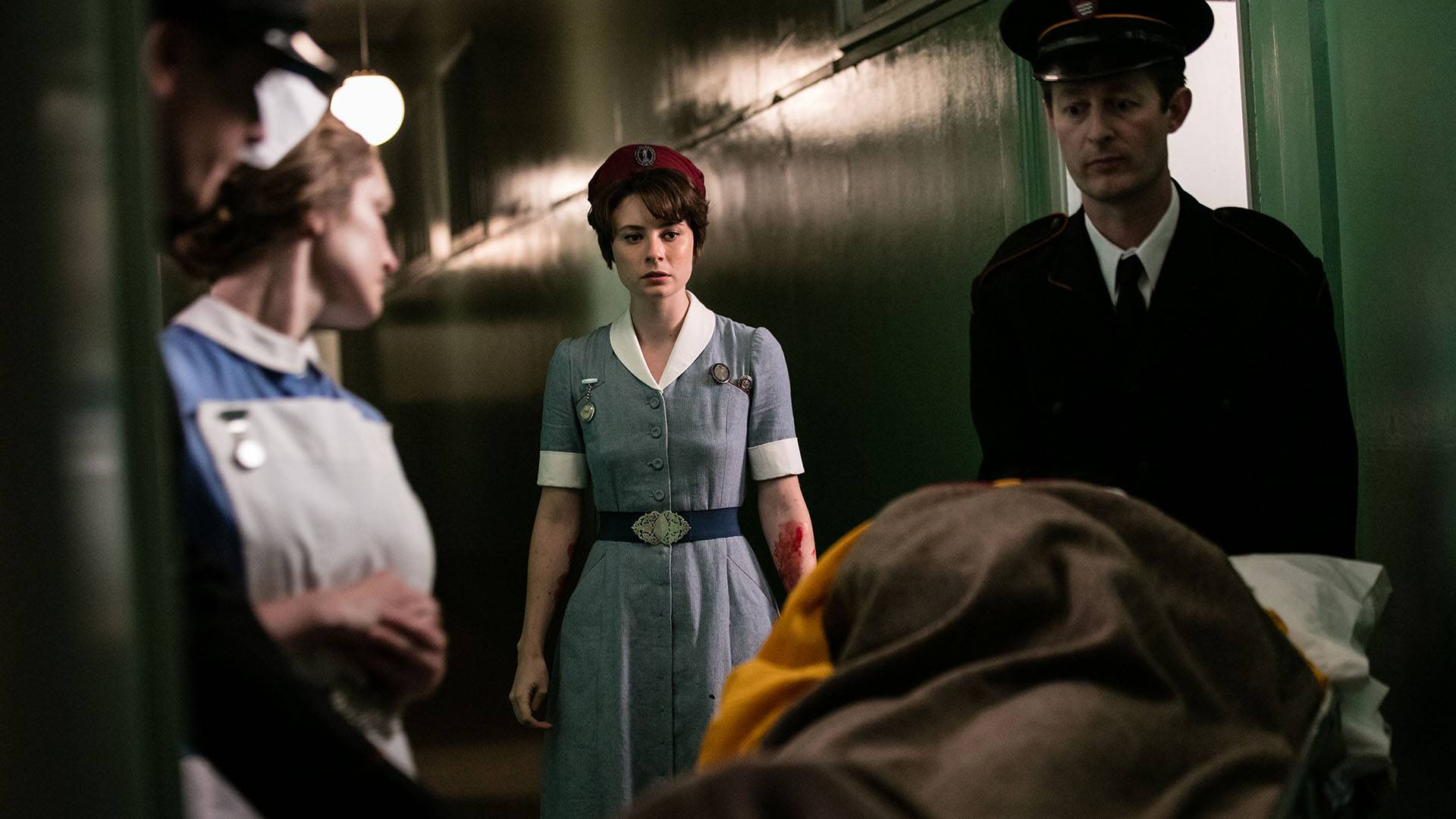 A scene from Episode 6.

Deborah McBain explains why every midwife knows is that the ability of the mother to nurture, shelter and protect her child is directly related to that mother’s health.

In episode 6, as I watched Valerie Dyer, the newest addition to Nonnatus House midwifery staff, calmly manage the emergency delivery in the back of the ambulance I thought of some of the newer additions to the Henry Ford Health System Midwifery practice. I had the opportunity to catch up with one of my younger colleagues recently over a cup of coffee.  Kelly modestly objected when I told her I wanted to highlight her in this blog post. She could never live up to the accomplishments of Cathy Collins-Fulea, the midwifery leader I featured in a past post. I reassured her: every midwife, everyday, is the most important midwife to the woman they stand in front of. Cathy does what she does solely so you can do what you do. What each midwife does each day is an accomplishment worth recognizing. Kelly’s intelligence, dedication and skill are what will propel midwifery into the future.

Kelly Strawser had formed a plan to become a nurse while in high school. Although her original goal was to go on to midwifery school, her path led her to the Emergency department where she worked as a unit secretary to help pay for her schooling. She found it exciting and continued working in the Emergency Department after graduation as a nurse extern. After a few years her desire for midwifery stirred again. Although she had no professional labor and delivery experience, the midwifery graduate program accepted her time as an emergency room nurse as applicable experience and she was accepted into the program. She graduated from Detroit’s Wayne State University Midwifery program in 2013.

As a nursing student she had an opportunity to attend a birth with my former midwifery partner, Trish Scane at the Family Birthing Center. The memory of that beautiful peaceful birth cemented her love for midwifery and prompted her to choose Trish as her own midwife several years later when she was pregnant with her son Bryson during midwifery school.  Bryson will be 5 and starting school in the fall!

Meanwhile, Kelly was hired into our practice as a new midwife to fill a vacancy. She now works as a midwife colleague with Trish at Henry Ford’s West Bloomfield Hospital. Midwives truly become family to each other. Kelly credits her emergency room experience with honing her skill in staying calm during the chaos of unexpected outcomes and trusting her instincts when decisions need to be made quickly.

During our visit we also discussed a current and local event relevant to the Call the Midwife story. “So many secret wounds, so many types of hidden scars.” This sentence from the epilogue leaped into my head as I read the recent news headlines about the young woman physician who was being charged with female genital mutilation (FGM) on young girls brought in by their parents to a private clinic located just a few miles from my home. Seems that Kelly worked in the emergency room with Dr. Jumana Nagarwala, the physician being charged in the case. It is believed to be the first case prosecuted under U.S. federal law criminalizing FMG. The doctor is also being charged with transportation with intent to engage in criminal sexual activity, a felony with a possible 10-year sentence.

Kelly is as puzzled and perplexed as everyone else how this could happen in this time, in this place, by this person. She remembers her physician colleague always dressing according to her traditional Bohra community standards. The Bohra community is a Shia sub sect centered in Mumbai, India. This community prides itself on being educated, progressive and modern.

What kind of cultural pressure would drive an educated physician and mother of four to do such a thing? As disturbing as the practice itself, is the fact that those who have been victimized continue to perpetuate it. As if 10 years in jail away from her children were not enough punishment, Facebook commenters would have her shot, hung or cut as well! But she could have been cut, as a young girl, by her grandmother. It is a tragedy for all involved.

Whether it is the belief that foreskins on males are unclean or clitorises on females are masculine and make for unsuitable marriages, cultural standards are powerful regulators of what is considered acceptable. Chinese women in years past had their feet bound to appear more feminine. Other ancient cultures bound heads of infants to shape them into culturally desirable shapes. Even today, some people think putting holes in baby’s earlobes is cute. While it is true that FGM is barbaric, unlawful and must be stopped, we must also guard against xenophobia.

India's Dark Secret: Female genital mutilation is being practiced not just in Africa but in the heart of Mumbai.(Hindustan Times)