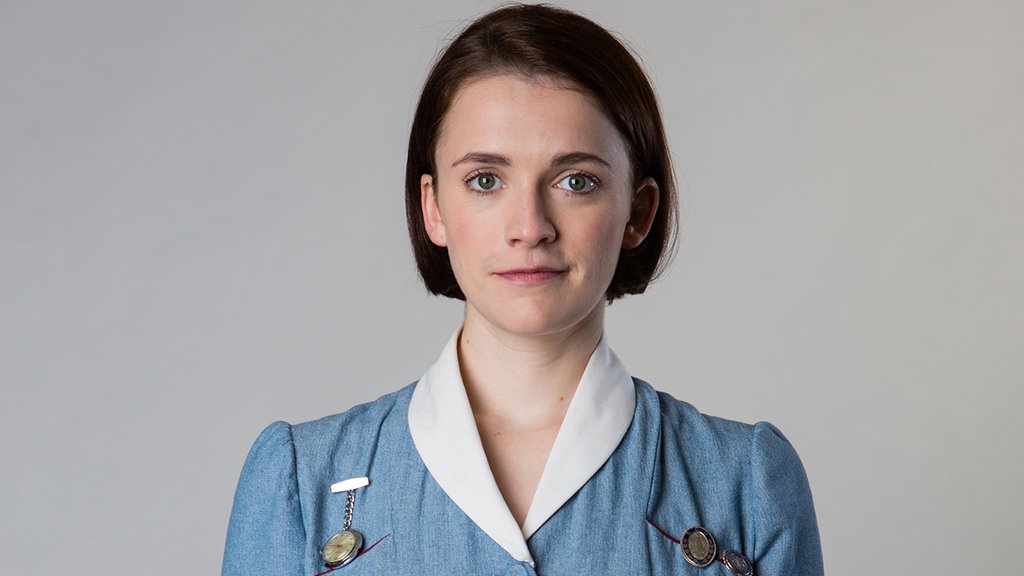 Barbara Gilbert is in her early twenties and has recently qualified as a nurse and midwife when she arrives at Nonnatus at the start of the 1960s. She is the daughter of a Canon and an immediate hit with the nuns and midwives, who warm to her enthusiasm and naivety. Although middle class, she is not unaccustomed to poverty being brought up in Liverpool where, through her father's work, she was exposed to some of the most impoverished situations. For her young years, she has quite an old head on her shoulders.

It’s a show about women’s issues with a majority female cast and that’s not that common. It’s also a social history of sorts, and people don’t necessarily get taught it. I learned hardly anything about it all at school. I think the way they manage to weave in historical facts and education into a show that ends up being about relationships is pretty good going.

If you’ve been watching a long time, viewers really get to know the characters. Many of the issues the characters are dealing with are pretty huge. We’ve had depression, post-traumatic stress, alcoholism and many others, but they largely take place in a domestic setting we can all relate to. It’s definitely one of the strengths of the show.

We’re entering 1962 and it feels like there is big social change coming. We’re moving out of the Fifties and women are becoming more liberated. Poplar probably isn’t in the Swinging Sixties yet; changes are afoot but it doesn’t feel like a sudden impact. This is what the show does very well, a gentle drip-feed from one era to another. Definitely an interesting time, especially for women.

Were you a fan of the show before you joined?

I had watched a fair bit before I started, right from the beginning actually, and I loved it. It’s a brilliant show. I pretended that I hadn’t when I first came on the set though- I couldn’t be an uber fan, I had to be really cool about it!

Tell us about the character you play.

Barbara grew up in Liverpool and is the daughter of a vicar. I really like her actually; she’s got a nice sensibility. She seems like a rather nice if slightly neurotic person. I don’t know why I’m always cast as the neurotic people! She’s always making lots of making mistakes and I can empathise with that. Maybe a lot of people can. What’s impressive is that she’s only young and she knows a lot. She’s had a lot of life experience by this point. She’s naïve but she’s seen a lot of poverty, births and illnesses which is a big part of her.

She initially meets Sister Monica Joan and is baffled by her, as many people are! Her main allies are Patsy and Trixie because they’re the same age and she is often in their room gossiping and trying to keep up with them. She learns a lot from them and makes some mistakes in front of them. They are very supportive though.

Her hair takes a serious amount of work – it gets blow dried and then back combed so I look like Edward Scissorhands!  Then it goes back down again into a sleek snail shell. I really like it; it just stays where it is. I wouldn’t choose it myself but it’s something I’ve never had before and it really suits the character.

I have never birthed a child before and, in fact, had never seen childbirth before. So I forced myself to watch a birth - a medical video of a birth during the Glastonbury highlights. It was horrible because, not only was I not at Glastonbury, but I was also watching someone give birth! But, there’s nothing like it - it’s quite miraculous really. I’m in awe of Terri Coates because she is the facilitator of so many births and complicated situations. What astounds me is that she cares about every single person. You can tell it has a real emotional connection for her; it’s not just a job. That’s really important for us to think about as we’re acting as midwives.

Season 5 Behind the Scenes | Keeping it Light
New uniforms, new music, and new adventures keep things on the lighter side.