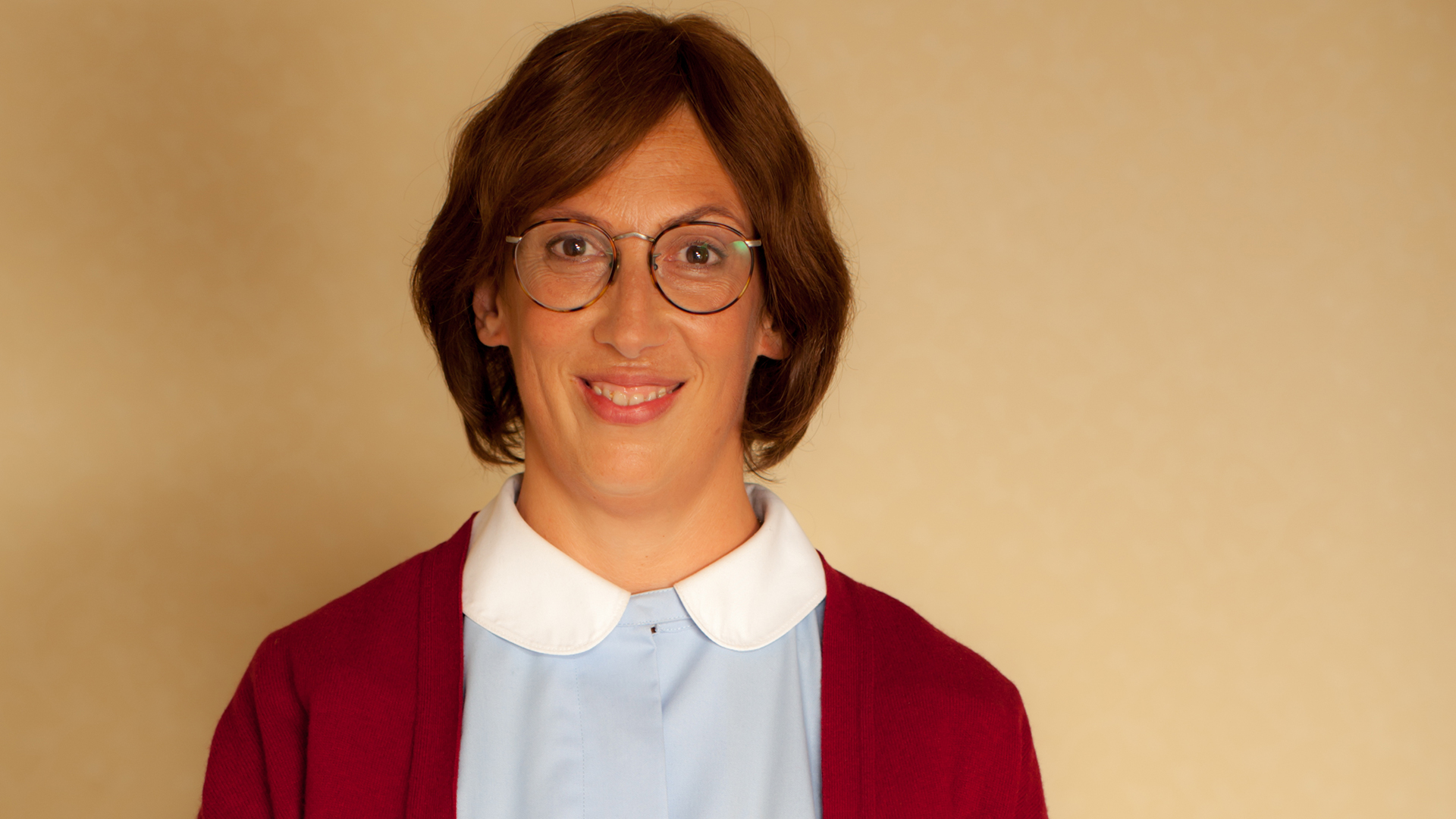 Chummy Noakes (formerly Cholomondely-Browne) is the daughter of a prominent family who has found her way into nursing and midwifery by a circuitous route.

Eternally good-humored and monumentally kind, Chummy is crippled by lack of self-confidence. Her great height and physical clumsiness plays its part, but a loveless childhood spent in boarding schools has made the greater impact. An adept midwife, she is hampered by acute shyness and - perhaps more crucially – a complete inability to ride a bike. Chummy soon wins the hearts of her colleagues, but her struggle for self-belief will threaten to capsize her.

Miranda Hart, who plays Chummy, says about her character: “She comes from a very upper class background and she has decided that her calling from God is to be a midwife so she comes to the east end to join Nonnatus House much to the horror of her viceroy father and her upper crust mother.”

Our Favorite Chummy Moments
Look back on some of Chummy's most memorable moments and relive many of the laughs.