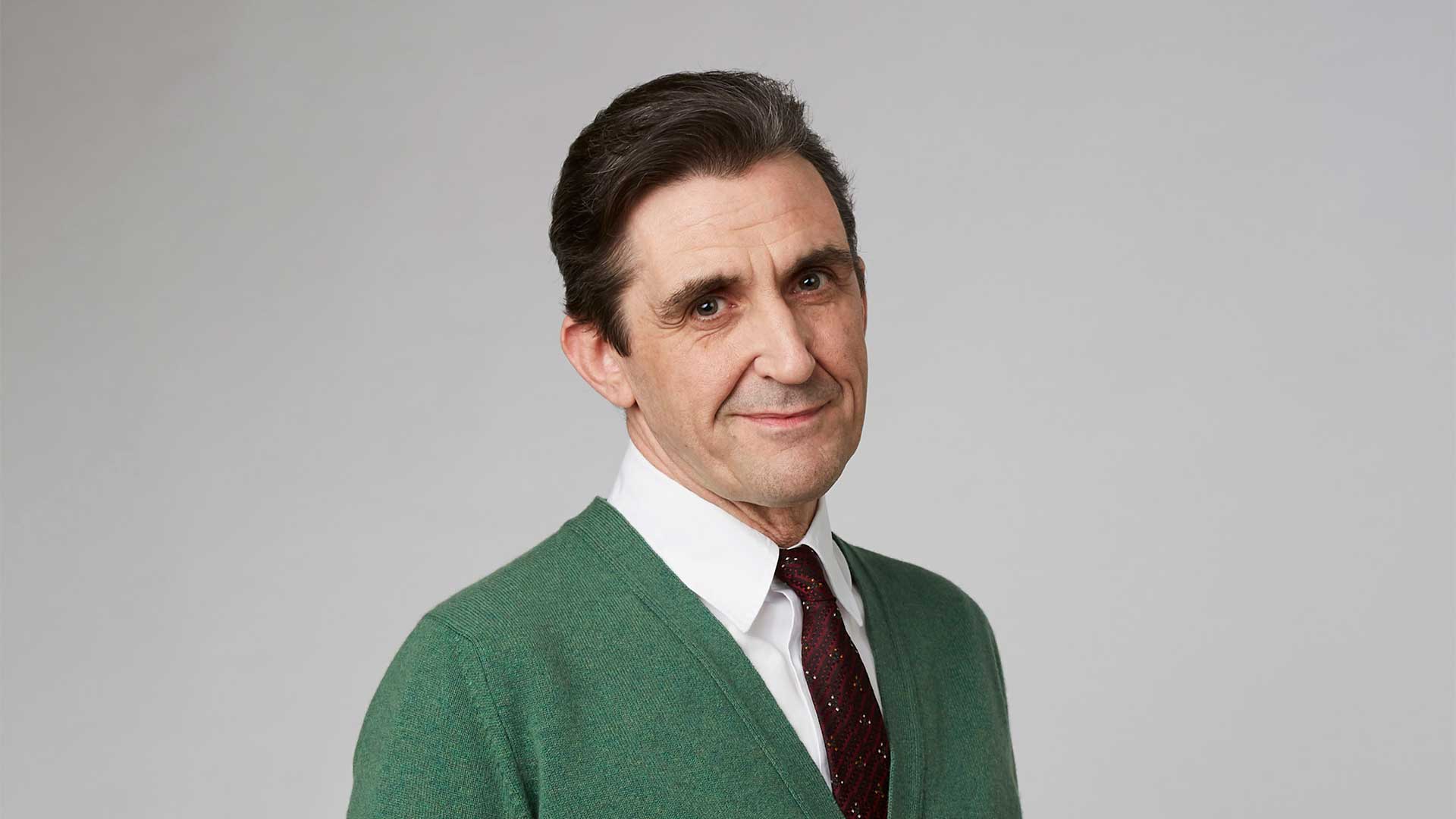 Dr. Patrick Turner is the general practitioner in Poplar. Deeply caring and very well respected, he shares a good working relationship with both the nuns and nurses. Dr. Turner is an ex-smoker and rarely drinks. A widower, he was at one point bringing up his son Timothy single-handedly. In Season 2, Dr. Turner's professional relationship with Sister Bernadette blossomed into something of a more personal nature, and by the beginning of Season 3 they were married. Dr. Turner and Shelagh came to terms with Shelagh's infertility and adopted their daughter Angela. Their marriage was tested when it was revealed to Shelagh that he had been hiding a nervous breakdown from his past. Dr. Turner has taken his role in prescribing Thalidomide badly and goes out of his way to support the families whose lives will be affected forever by its legacy. Season 8 sees Dr. Turner introducing new medical programs to Poplar, including a Cervical Smear Clinic, a Brook Advisory Centre and a measles trial.

Tell us about entering the Sixties.

1962 is very nearly my living memory. I love the Sixties, but we are not quite miniskirts and swinging yet! In ‘62 we’re just about to get The Beatles, we’re beginning to stretch out as a nation, and the war has finally drifted to a distance where we can begin to find a new Britishness about ourselves. For the Turners and for Patrick, this era’s going to have some nice – shall we say - stylistic changes. There are going to be changes to their lives that will reflect the period. Time and time again we’ve found when we show issues affecting women and society back then, they’re not necessarily well known by people watching now. It’s up to us to bring them back into the current mind, to make them clear.

If I had to deliver a baby for real, I think I would cope very badly! I’ve not learned a single thing since I began Call the Midwife. Our wonderful midwife advisor Terri Coates despairs of me.

If you had to play somebody else’s part, who would you play?

I’d like to be Fred the handyman, I think he’s a genius. One minute he’s a figure of fun and next minute he’s involved in a really moving moment. If Fred gets moved, we all get moved. Fred’s our gauge on the world, and if he gets sad, we all get a bit sadder - so we root for him in a really tender way. I would also like to be Sister Monica Joan, because I want the right to say some of those wild, poetic things! Oh, and the cake is a big thing, it’s a deal breaker for me. Lastly, I would like to be most of the babies on the show, because they get treated like the real stars. No one on earth gets treated better than a baby on Call the Midwife.

What has it been like seeing Max/Timothy grow up on set?

It’s been such a privilege for us to watch. The audience also gets to watch the natural progression of a young son growing into that difficult teenage stage. Max is answering back now, but he’s also wise and funny. Sometimes we need to listen to him!

What is it like filming with Alice who plays Angela?

It’s very humbling when you’re working on a successful series where the real stars are children! No matter what your plans are as a self-important actor, they are second to the child actor’s needs, and I think that's very healthy. Alice is brilliant and adorable! When she reacts to the lines, she steals the scene.

What impact has Call the Midwife had that you’re most proud of?

I’m immensely proud of the fact that this show doesn’t just entertain but it helps inform and even, at times, educate. The show recently helped out a program that teaches good birthing practice in Bangladesh. It has also featured information about vaccination and the spread of certain diseases that has encouraged people to vaccinate their children. Dramas like Call the Midwife have the power to help people do more than just have a glass of wine and let their minds drift. I’m very proud of its continued success as a form of medical communication.

What makes Call the Midwife so globally successful?

Everyone can recognize themselves in it. It’s about love, life, passion and family. It’s about the very stuff of life, which everyone understands. It’s not a new world, it’s their world and it’s our world.

Describe your character in three words.

Enthusiastic, flawed and good. Enthusiastic, because of how much of a firebrand he is, always trying to make things better. He adores his work and never stops. Flawed, because he’s not a perfect person, he makes mistakes. Lastly good, because at the end of the day he’s a representative of ordinary doctors everywhere, trying to do the best they can. I’ve had GPs come up to me and say ‘We really like Turner because he’s tired, and scared, and some days he can hardly go on, but he’ll still try to go that little further’. It’s the goodness that comes from ordinary people doing extraordinary things for the best reasons. That’s what doctors are to me, and that’s what I hope they identify with.