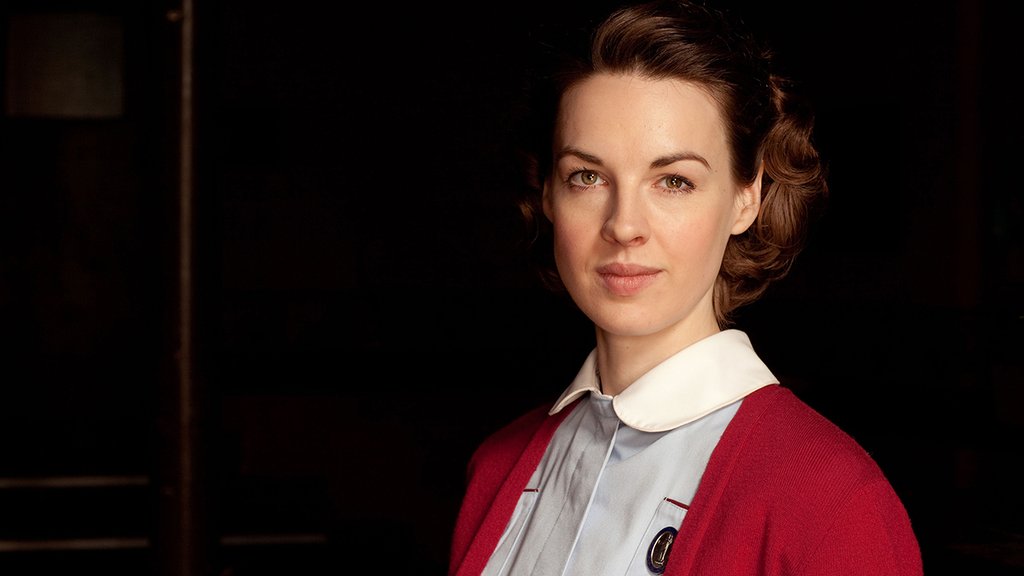 Nurse Jenny Lee arrives at Nonnatus House in 1957, at the age of 22, completely unaware of the world she is about to enter. Believing she’s accepted a job with a small private hospital, it comes as somewhat of a surprise to Jenny to find she’s moving into a convent.

The poverty of the East End is a huge culture shock for Jenny, as she has enjoyed a privileged upbringing and spent time in Paris before training as a nurse.
Although initially shocked by the conditions in which her patients live, Jenny comes to accept the material limitations of the world in which she works, and to love the people who must live there.

What are your favorite scenes to film?
I really like filming the scenes with Jimmy and Jenny, as it is a complicated relationship that never quite gets resolved. We often have long dialogue scenes where you can really get in to it without stopping and starting too much for camera angles etc. Also George Rainsford [who plays Jimmy] is very funny and makes us all giggle.

Do you have good camaraderie on set?
I can genuinely say that our cast get on very, very well, there is masses of respect and no one takes themselves too seriously, which makes it relaxed and allows good work.

How has Jenny changed since Season 1?
I think Jenny has become more confident in her nursing abilities, and a lot more forthright in dealing with difficult patients. She is still a dark horse when it comes to her personal life, preferring to throw herself in to work than address her own issues.