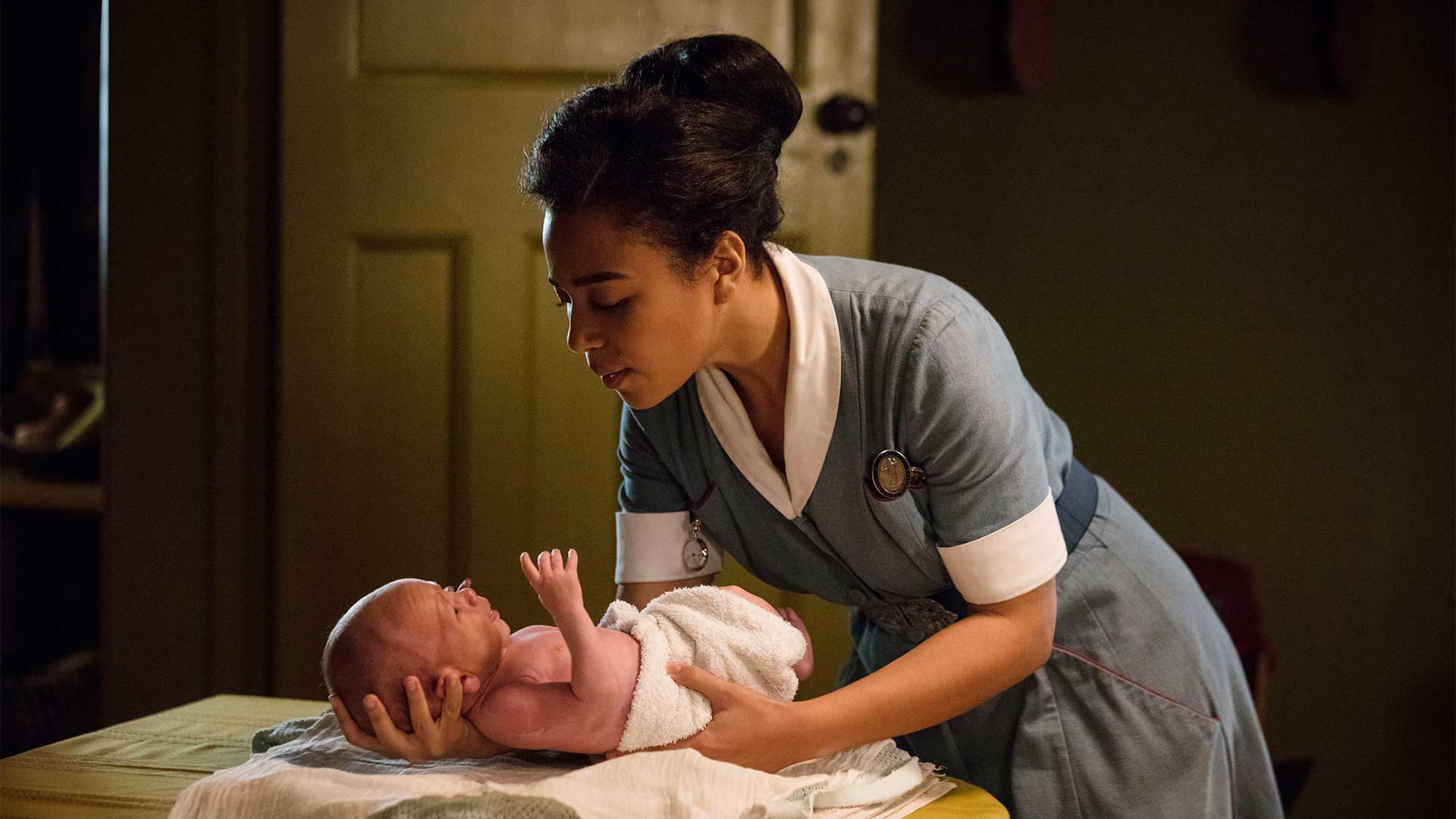 Lucille Anderson was born in Mandeville, Jamaica, in 1940. After an early career as a librarian, she travelled to England in 1960 to train as a nurse. At this time, the Minister for Health, Enoch Powell, was actively encouraging young Caribbean women to apply for jobs and training within the NHS. Too bright for the other, more menial jobs on offer to black women in Britain (such as canteen work for London Transport), Lucille decided to embrace the challenge of nursing.

Lucille grew up comfortably, as the middle class daughter of Alfred and Hortense Anderson, a teacher and a housewife. Hortense, who married young and had a large family, urged Lucille to strike out and widen her horizons, rather than live her life in a provincial island town.

Lucille's entire training (including her district experience) took place at a teaching hospital in Taunton, Somerset, where there was little more sophistication on offer than there had been at home in Jamaica. Determined to see something of the vibrant, cultured life of the capital, Lucille applied for jobs in London as soon as she qualified, and had the choice of more than one position. She opted for Nonnatus House because it came with free accommodation - a rarity in district work - and also because of her religious faith.

Lucille is in for a number of shocks once she arrives in the East End. Accustomed to life in a genteel West Indian backwater (Mandeville was known as “the most English town in Jamaica”) and then in a rural area of Somerset, she has never seen conditions as bad as those in Poplar. When she arrives at Nonnatus House, it is as though she is setting foot on foreign soil for the first time.

In addition, during training she was one of several West Indian girls studying for the SRN qualification - she will now be the only, and the first, black nurse at Nonnatus House.

For Lucille, this sequential shift from the West Indies to the West Country to the East End feels huge. She misses her Caribbean friends, who have scattered across the UK since they qualified, and whilst she is generally accepted by her patients, she is aware that she is sometimes an object of curiosity. This sometimes breaks into open hostility and racism - and is very much at odds with her concept of herself as someone who has both come to help out in “the mother country”, and as an ambassador for Jamaica.

Lucille takes the bus to a Gospel church in Dalston every Sunday, wearing a hat and white gloves. She also has a penchant for cocktails, cards, the movies, and likes a gossip and a cigarette.

Lucille is open-hearted, gregarious, determined to succeed, and has a great sense of fun. However, her strict upbringing and rigid training mean she can present an exceptionally demure, almost earnest face to the world - her public and her private face are often at odds.

As she settles into life and work at Nonnatus House, Lucille's charm and warmth become apparent to all who know her. She becomes firm friends with Valerie, Trixie and Nurse Crane. And - having initially seen a nursing career as a means to an end - she steadily falls in love not just with the East End, but with the work itself. Her job becomes her vocation.