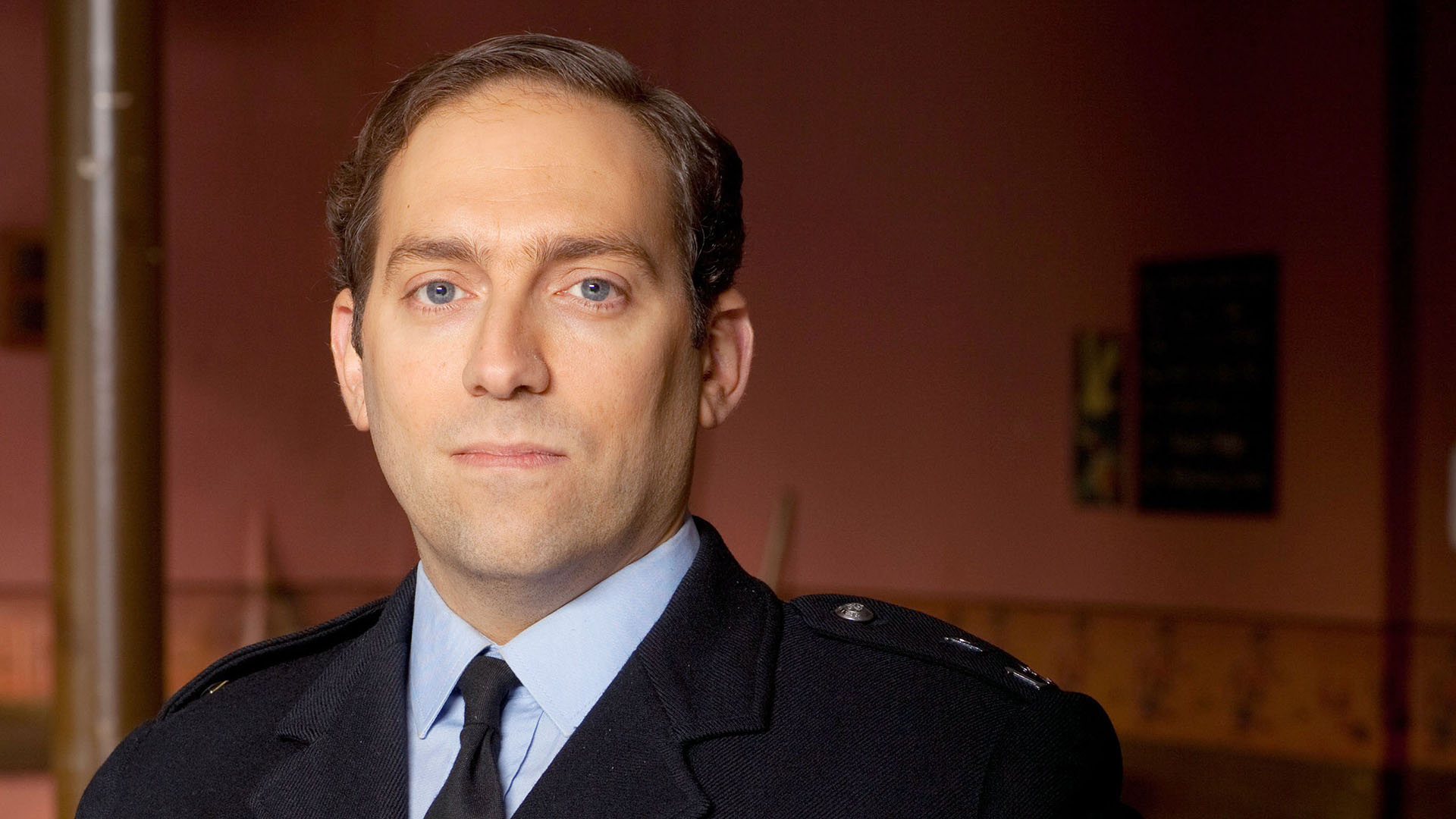 What’s new for this series?

We have two lovely new actresses this year, Charlotte and Linda, who have fitted into the family very well. Crane is a cantankerous and fastidious character and we see a nice dynamic between her and Sister Evangelina as they rub each other up the wrong way. She brings a bit of spice to the relationships between all the characters.

I think it’s one of the easiest companies to join because we’ve always been very welcoming and not cliquey. Everyone gets on well and it’s a collaborative feel so when someone new comes they are welcomed with open arms. They bring something new and their energy moves the characters in a different way or opens up a side we might not have seen before. That’s important after four years!

The structure of the show remains the same and we see all the characters and their relationships developing.  It’s nice to delve a little bit deeper and see how characters are progressing. Coming back this year feels as if I’m stepping into familiar shoes. The move into the 60s has an effect on some of the characters and we see how they deal with a change of decade.

There are no radical changes this series but we continue to deal with some controversial, interesting and testing issues which the show has always done very well.

What does PC Noakes get up to in this series?

He is connected to a lot of the storylines whilst on duty this series so there is a lot of policing activity as opposed to the family life stuff. He’s involved in investigating a homosexuality case, a child neglect case, an illegal traveler's camp among others. It’s nice to have the contrast between how his family life is evolving and also seeing him in work mode.

There are two sides to his character. He cares a huge amount about the work that he does and dedicates a lot of time and effort to being the best possible police man he can be - and he’s very well suited to the job. When he’s at home his relationship with Camilla is somewhat different. They are very respectful of each other and they’re quite an old fashioned, homely, traditional couple. They like to cuddle up on the sofa together with a Horlicks as opposed to going out to the dance hall. They utterly adore each other and Miranda and I get on well off camera which filters through.  I’m very blessed to have such an amazing actress to play opposite.

I’m a big fan of the 50s and 60s and am actually working in a Kinks musical called Sunny Afternoon at the moment. I’m fascinated by the change in music and mood from the 50s to 60s with the birth of rock and roll and how that affects people’s attitudes. I’m very much in that era and now listen to music on vinyl. I genuinely adore the music I’ve rediscovered. My parents were big fans of the 60s music so I inherited some of their old records. I listened to it as a kid but now as an adult I find there’s something very raw and rebellious about it. It must have been a really exciting time to be alive - to go from hearing big band to rock and roll for the first time.

Some of the music in the show I’ve heard before but then there are songs I don’t know that I think really fit the mood of the show. The music is an integral part of Call the Midwife, the nostalgia of it adds to the whole tone of the show.

Are you nostalgic about that period of time?

It would be great to know your neighbors and feel a sense of community which we don’t have so much of now. People are much more insular now and less inclined to find out who they live next door to. I love the idea that people were in and out of each other’s homes and could rely on each other to help with childcare which we see a lot of in the show. I get a sense that in those days people knew their local policemen, knew their names and would say hello in the street. There’s not as much, if any, of that these days. I rarely see policeman patrolling my streets which is a shame – it felt like it was a safer place to live back then.