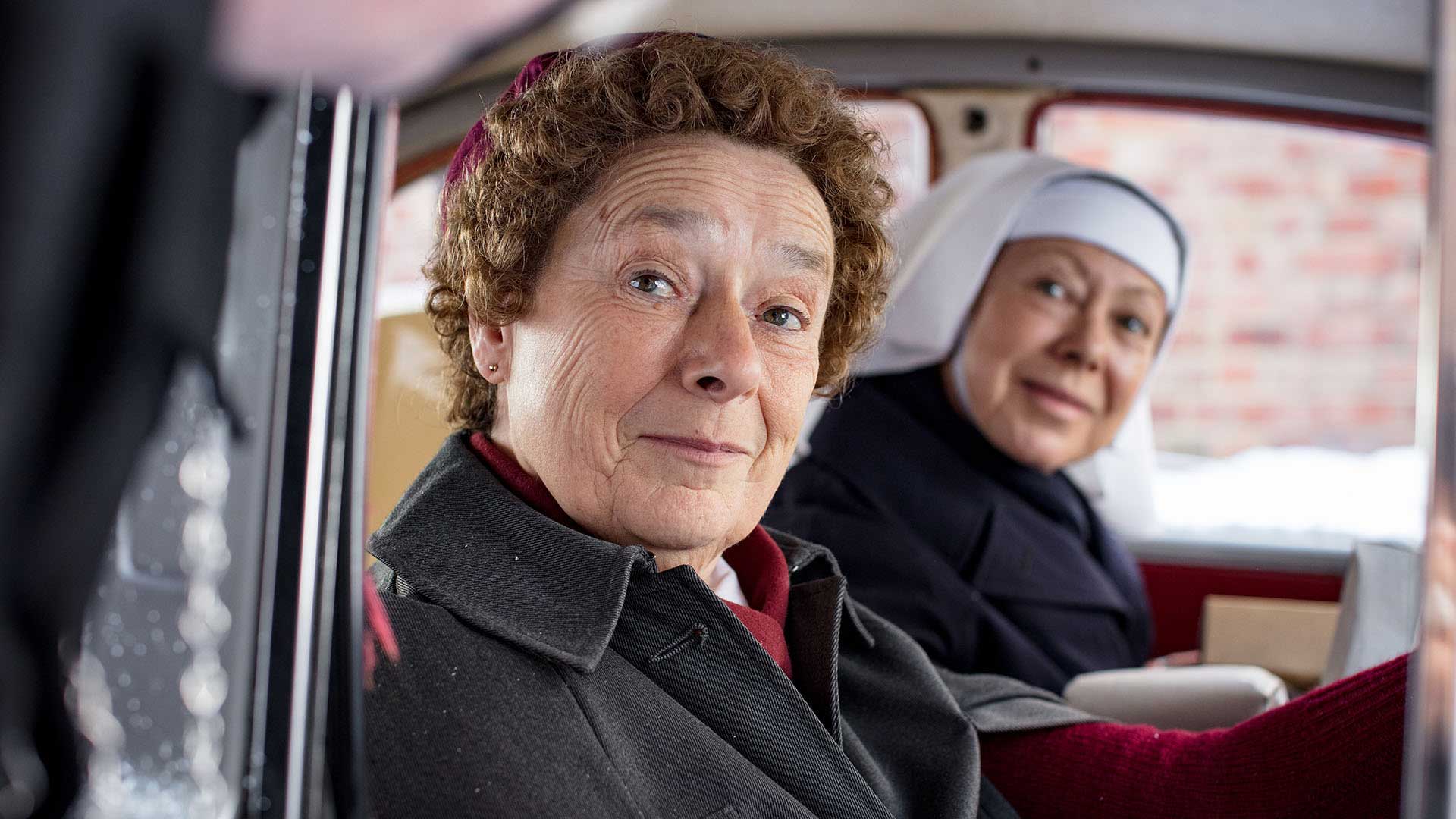 Nurse Phyllis Martha Crane is a forthright, stoic and efficient midwife, who distinguishes herself by arriving in a Morris Minor. A vegetarian, she is a spinster who wears singledom on her sleeve. Despite her brusqueness, Nurse Crane is dedicated to her work and is kind and caring alongside it – her tough love approach is often informed from her own past experiences. She now shares a room with Lucille, with whom she becomes close friends with. Nurse Crane has a soft spot for Dr. Turner and is always willing to help out at the maternity home.

Call the Midwife is so good because it is gritty and real. It doesn't sugar coat the hard experiences of life but it believes 'Love Conquers All' so shows people finding that out and applying it.

I think the main thing that has altered, or is altering, in Call the Midwife is that authority is being challenged. We don't have so many scenes of wise elders counselling young midwives, but often older midwives challenged and accepting wisdom from the youngsters. Apart from the things that were actually happening in the early Sixties, which are featured in stories, I think this is the main change.

Of course not! It takes years of training and experience to make a good midwife. However, women have been known to deliver their own babies, so if it was a very easy birth with no complications I daresay I could help out. I would certainly be willing to try.

How did it feel to be joining Call the Midwife?

I was delighted to be offered the job and I have enjoyed the whole year. I was born in the 50s so it's fun to work in a period that I can remember and know so much about. I haven't before and it makes me feel like a period piece myself!

When they first offered me the job I thought they were offering me the part of a nun. I thought Great. The plainsong they do is beautiful. But I'm happy to be a secular midwife.

I watched lots of episodes before I started. I'm still working through my DVDs. I do ration myself because a lot of them are very moving and make me cry. It's a beautiful show with such a love for humanity. I'm enjoying being part of something that's essentially about giving new life to the world.

I do like carrying a story and really exploring that but in a show like this it's also fun to turn up in other people's stories - one of my most fun moments was just trying to open the windows in the clinic.

Tell us about your character.

Nurse Crane comes from Leeds so she brings in a bit of a cultural difference from the Londoners. She's a spinster, she calls herself that. She's a career woman, very dedicated to both midwifery and also educating the younger midwives - often when they don't need it but she thinks they do! She has devoted herself to her work and wants to pass it on.

I think she finds the nuns inexplicable. Their way of life is alien to her - the rules they live by are not the rules she has lived by. I have come to think that she is a bit scared of them - but don't tell them that!

She is very robust with a no nonsense, get on with it attitude. She's very keen for girls to become women in the world and make their mark without letting themselves down. She thinks she's inspiring them to apply high standards to themselves. Like a strict teacher. Inevitably what happens is they laugh behind her back.

As a midwife she keeps abreast of everything new and embraces change when she agrees with it. She's always reading the latest publications and puts a lot of energy into being a better and better midwife. We also see her as a campaigner in the series so she's obviously out to make the world a better place.

What are the differences then compared to now?

Call the Midwife shows a particular community feeling because of the spirit of the women involved, both the nuns and the secular midwives. It almost shows the way we should all behave to each other as there’s a lot of pure, good love going around.

Having grown up in the 50s I don’t think there was more or less love around at that time but there is in the series which is great. It’s a myth to think that people were nicer to each other in the 50s than they are now. Within the terrible times we’re now living you see as many instances of human love for their brothers and sisters as you did then. I believe you saw as much cruelty, bigotry and meanness then as you do now.

I think the best is still to come. I used to listen to Elvis when I was 7 and 8 years old but the music before that was pretty ropey wasn’t it?! Most of the music at that time was conformist and sweet so it’s all about to get exciting in the 60s!

How does Nurse Crane dress?

She resists the Nonnatus uniform to begin with. When she first turns up she wants to keep her own uniform that she brings with her but then she’s quite pleased to become part of the team.

I love Nurse Crane’s mufti – she styles herself as a spinster and dresses that way. I love her for that. She wears very plain, sensible, dowdy clothes and doesn’t express herself very much. We’ve gone slightly military and 40s with her outfits because we imagined that in the war was her glory years. She was free and away from home and probably had her best time then.

I had some maiden aunts who I’ve drawn on and who remind me of her. In the sixties when I was at grammar school a lot of my teachers, some of whom were dressing as if they were in the 40s, were this sort of stern, earnest woman. They were eager for us to be whole people and not just wait around to get married. I’ve drawn on them heavily for Nurse Crane and in her clothes as well.

Season 4 Behind the Scenes | New Characters
The executive producer of the series introduces the new characters of Season 4.