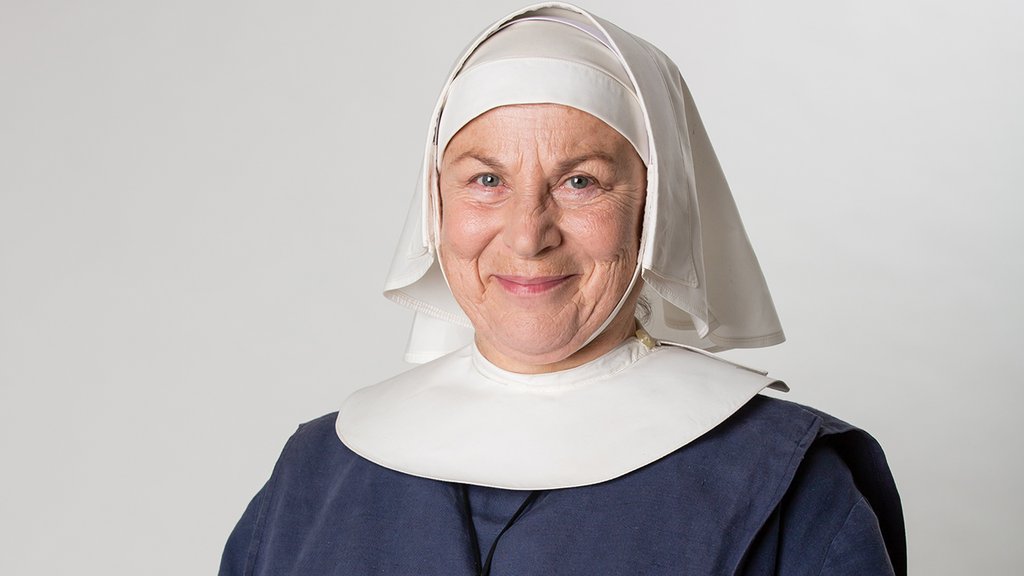 Sister Evangelina is the only one of the sisters who comes from the same tough, uncompromising background as the community they serve. Physically vigorous, she has a robust sense of humor. Her energy and drive make her extraordinarily effective at her job. However, her blunt speech often offends many of her colleagues. She has a particularly contentious relationship with the aristocratic Sister Monica Joan, who often provokes her to breaking point.

What happens to your character over this season?
It’s a tough year for Sister Evangelina – she faces some health problems, strained relationships and a crisis of self-confidence.

How does the relationship between the nurses and nuns change over this series?
Progress in maternity care is steady but new characters bring new ideas. Sometimes changes are welcome, but sometimes not. Sister Evangelina is usually resistant to change.

What are some of the themes that you’ll be exploring this season?
Resistance to change and prejudice are key this year. Plus all the big stuff like Birth, Death, Love and Faith…..

Can you talk about the new characters in Season 4?
It has been lovely to work with my old friend Linda Bassett even though our on-screen relationship is not an easy one, to say the least.  It’s also been delightful to welcome Charlotte - she’s good fun on set and her character, Barbara, is an interesting and complex mix.

What do you hope your audience will take away after watching this series?
I’m always amazed at how much things have changed in living memory.  There are levels of care in the NHS today that were unimaginable in the 1960s. It’s good to remember how far we’ve come as a society and not to take it for granted.

What character besides your own would you most like to play?
I’d like to be one of the new born babies for a few days - everything they do is perfect and they're universally adored!