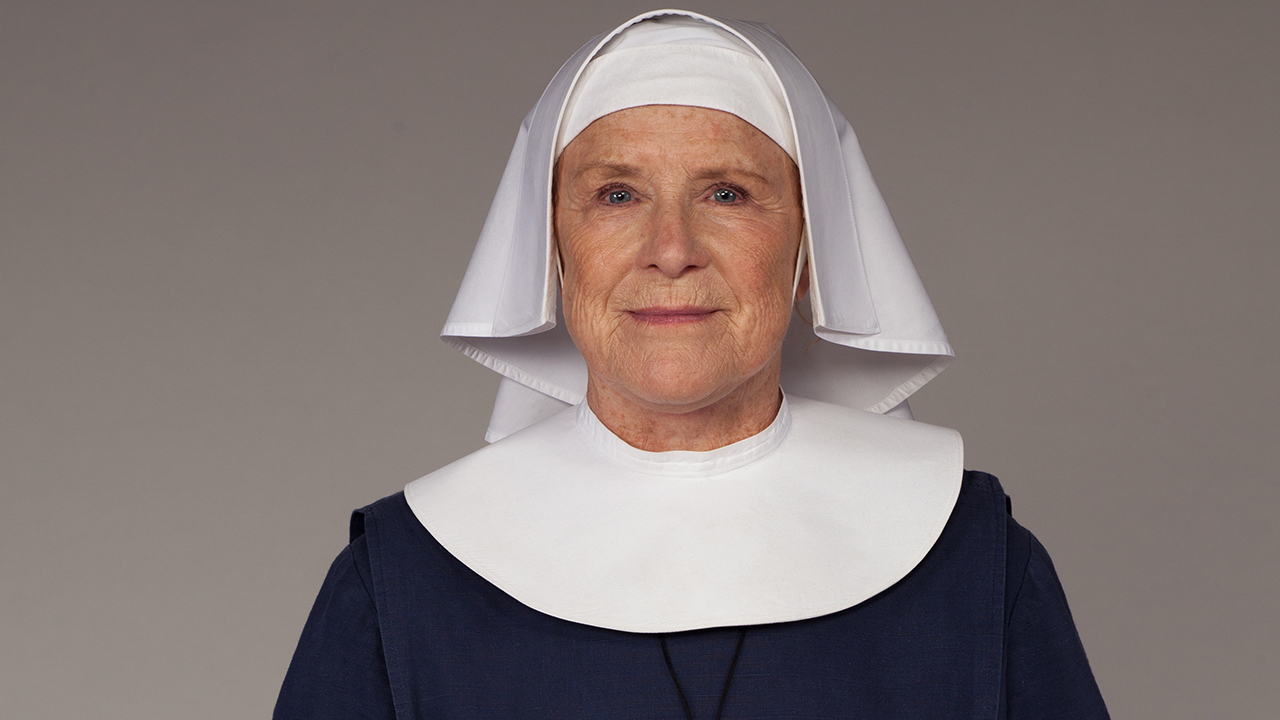 Born into a leading titled family, Sister Monica Joan was one of the first women in Britain to qualify as a midwife. In the closing years of the 19th century, this was seen as a radical act. Her additional decision to become a nun scandalised her relatives, who never came to terms with her life choices. She dedicated her entire adult life to providing midwifery services to the poor of the East End.

Now in her 90s, Sister Monica Joan has retired from practice, but lives full-time at Nonnatus House, cared for by her fellow sisters. She has an eccentric, mercurial personality, and is obsessed with cake, astrology and knitting, in no particular order. It is never entirely clear how much of Sister Monica Joan's eccentricity is due to the frailty of age or sheer wilful naughtiness. She is often questioning of her usefulness and delights in the occasional opportunity to put her rusty skills to use under the close supervision of her colleagues.

Tell us about the scripts.

They’re all authentic, because they get input from all sorts of midwives and medical people. Heidi is brilliant, she’s on the button all the time about what was happening then, they’re all completely realistic. There’s always an underlying theme that makes people think about things in a fresh way – it almost makes people think about things they hadn’t given serious thought to before.

Tell us about entering the Sixties.

Unlike the midwives with the smoking, the drinking and the costumes of that era, Sister Monica Joan sails through all that, it doesn’t affect her. She’s in awe of all the new things that are coming technically but she lives in her own space and her reaction is perhaps a little different from most peoples.

In what way has your character grown and developed since you started?

As I’ve given birth myself, I would obviously have some idea to a certain extent, but would always feel a necessity to call a midwife!

I do enjoy playing Sister Monica Joan because she’s multi-coloured and unpredictable. It’s not an easy ride because she’s complex and that’s why I love her and like doing it. She sometimes loses the plot and other times she’s incredibly sensible, helpful and guiding.  She constantly shifts and changes and that needs to be thought about a great deal because she goes from one extreme to the other. You have to find a way through it which is a challenge. She’s tricky but I love that I can really do anything with her, and that she loves cake!  She’s totally obsessed with cake; it’s like a drug for her.

She’s very broad minded and not judgemental unlike the young ones.  She often sits there with them and says there’s nothing wrong with being different.

She likes to muddy the waters but not in a cruel way, only in a mischievous one.

Aren’t there lots of dogs on set?

There’s an enormous amount of dogs on set. I have Freddie who is wilful and stubborn and Miranda has Peggy but they hate each other! Helen has two dogs who are both lovely. In the first season there were so many dogs on set that I decided to get one and bring him to work too.

What is the secret to the success of the show?

I tell the young people on set to make the most of the success because it doesn’t happen to most people in this business. To get a show that is so humungously successful and adored is rare. The success of the show is down to the scripts but the casting has also been fantastic. The period detail is wonderful as well. It was only 50 years ago but you look at it and think its 500 years ago. I can’t believe that outside lavatories for blocks of tenements is in the recent past. Also, there’s no swearing and no sex although of course we do see the results of it. And no matter how many times you see a baby being born, it’s always a miracle. That never changes.

It’s not comfortable and you can’t hear because there are 6 layers of stuff covering your ears! No hair or make-up in the outfit is not a reassuring thing to live with!

The hymns and carols are particularly beautiful.  They give such an atmosphere of the period and I love them – it’s my era so I recognise them all. Music is integral to the show and everything works well together.

What are your favorite scenes to film?

How is it to play her failing health scenes?

I hope I strike the right note playing her. The reason I’ve got for why she behaves that way is that when she’s not feeling well, when she’s stressed and very tired her mind starts playing her up.

How much pressure do you feel to keep true to the character she is based on?

You have to be very careful about keeping it truthful, fresh and alive all the time. You have to play each scene like you’ve never played anything like it before.