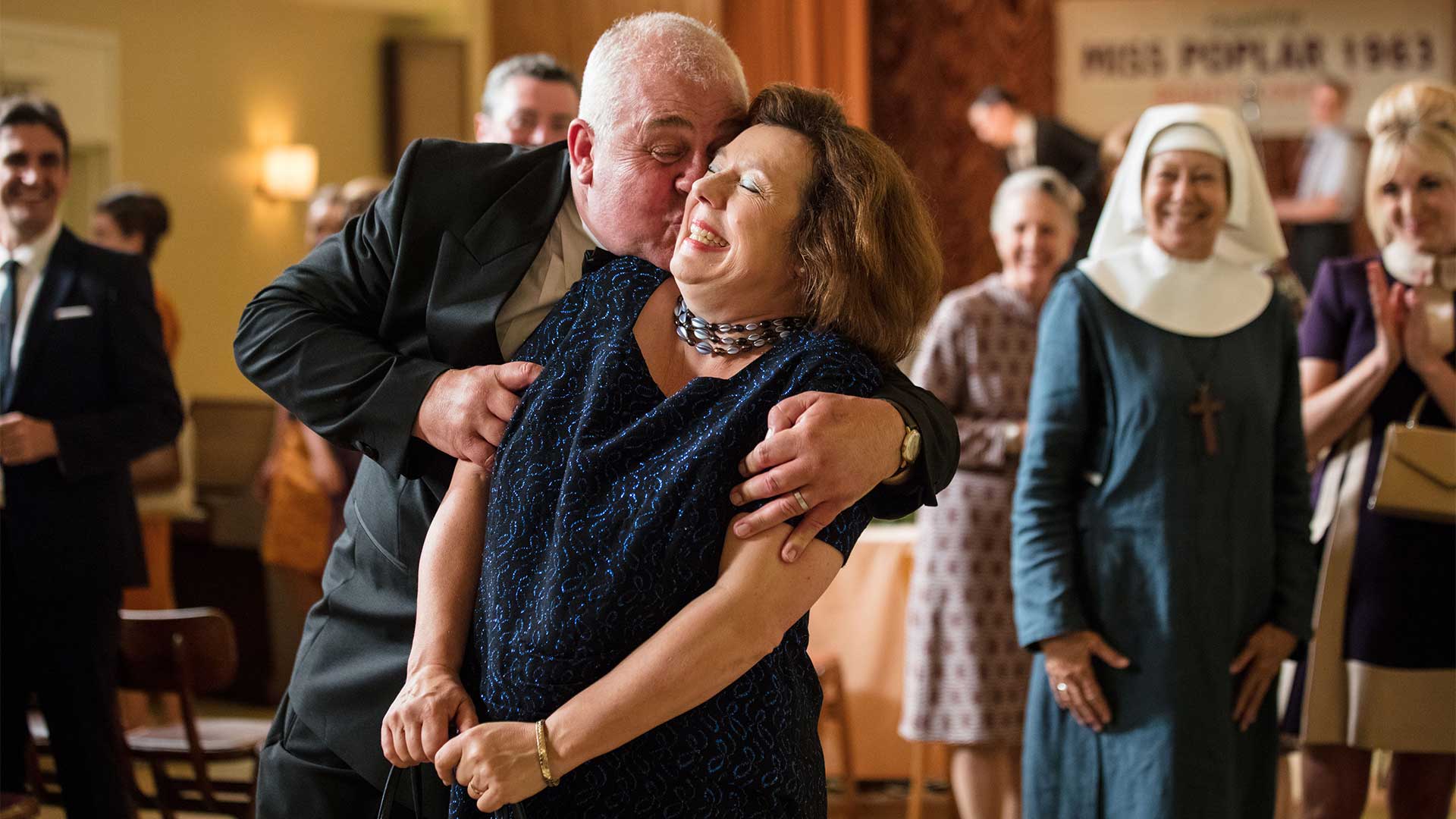 Violet Buckle is a well-loved member of the community. Kind-natured, she runs her own haberdashery in Poplar. She became a widow after her beloved Bert (who she had known since she was sixteen) died. Bert was ARP along with Fred's wife at the time. Violet first appeared in season 4, when Fred came into the haberdashery looking for the previous Bangladeshi owner. A relationship soon blossoms and she accepts Fred’s wedding proposal. By the end of season 4, they are married. Violet enjoys keeping fit and being a Brown Owl at the local Brownies. In season 8, Violet runs in the local council elections and is overjoyed when she wins the seat for Poplar North.